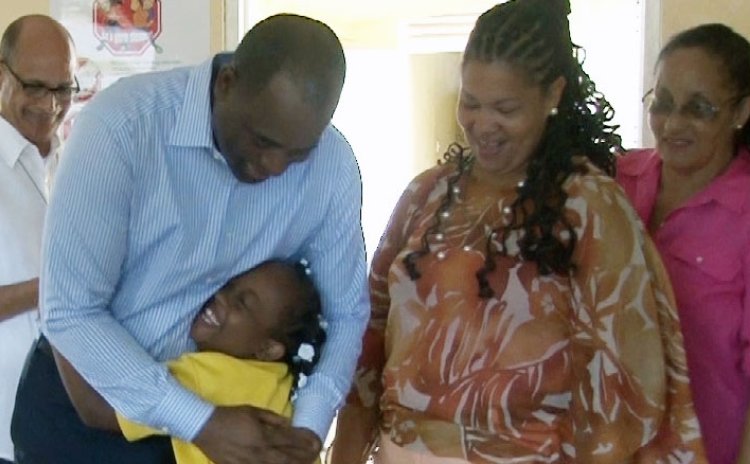 Titre reported that Prime Minister Skerrit stated the commitment to the Alpha Centre would begin immediately and will be for an indefinite period. Previously Government had provided a five thousand dollar a month subvention to the institution.

"I feel that these institutions need to be given greater prominence in society because of the work that you do. We can help do so by ensuring you don't go every month with a sponsor sheet looking for funding. So you will be at ease to know that every month you get the resources to cover your cost." Skerrit stated.

He has also announced a special grant for the individual students of the Alpha Centre. The grant is to go towards covering transportation and uniform cost for the students. This is in keeping with government's policy to provide the necessary resources which ensure that all students are able to attend school.

Jean Jacob, Member of the Board of Directors of the Alpha Centre expressed gratitude to the Prime Minister for his visit. She welcomed the announcements stating that this will go a long way in ensuring the school fulfills its mandate to help those with special needs.

The Alpha Centre was founded in June 1974 and will celebrate its fortieth anniversary later this year. The school has a student population of 38 ranging from age six to nineteen. There are eleven staff members, nine full-time and two part-time.