Government's 2012-2023 Budget: Let's have a reality check on Dominica's economy 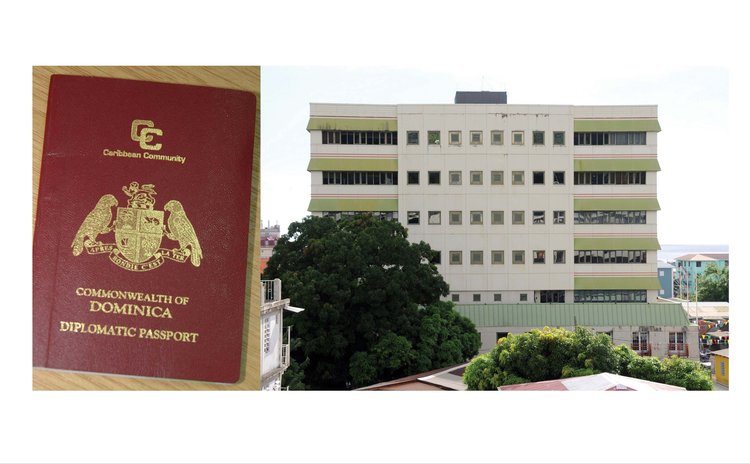 Last week a widely shared and "strange" video landed in many Dominican's WhatsApp inboxes apparently produced in some Middle Eastern country where Dominica is selling or hopes to sell, hundreds of Citizenship by Investment passports.

The voice-over pictures of local scenery and infrastructural projects, some delivered and others dreamt, describe an out-of-this-world small island developing state that is performing economic miracles while the rest of the world struggles with war and diseases, and high prices.

When various global crises struck the world, the video's narrator intoned, when Covid-19 and climate change had brutal economic impacts worldwide, when millions of people lost their jobs and livelihoods, "Dominica emerged as an example to the world."

The 112-second video went on to boast of the success of Dominica's Covid-19 vaccination drive and state that while other nations struggled to stay afloat the government of Dominica was busy building thousands of houses, and many health, and community centres, schools, and bridges.

"The world was standing still and Dominica was building better and stronger," the video boasted. "Dominica was successful in controlling inflation while other regional nations struggled badly… Dominica witnessed a robust recovery in its economy even during the pandemic. It generated huge local employment with special projects."

The video concluded: "Dominica- a real story of regeneration and resilience."

And if you are tempted to conclude that this is merely an over-the-top piece of propaganda that was the result of the over-active imagination of a passport marketing agent, meant only for clients in the Middle East, you are mistaken. Here's what a Cabinet minister said last week.

Meanwhile, as Dominica continues its too-good–to-be-true, outrageous self-delusion, the major economies of the world, such as the United States and France, as well as small economies in Latin America and the Caribbean, and Africa are bracing for disaster.

"The latest inflation data from major economies from the United States to France was grim. Europe is confronting not only weakening growth but also soaring prices," wrote Peter S. Goodman in the New York Times last week. "This past week brought home the magnitude of the overlapping crises assailing the global economy, intensifying fears of recession, job losses, hunger and a plunge on stock markets."

As we stated earlier, over the past 15 years the Government of Dominica has blatantly, in-your-face, painted false pictures of Dominica's so-called booming economy while other countries tell their citizens that they were buckling under the weight of a worldwide economic crisis.

While Mr. Skerrit's government is making these outrageous statements economists all over the region were warning that developing countries such as Dominica were expected to experience dramatic falls in export demand for goods and services, a decline in remittances from migrant workers, reduced direct investment and dwindling access to financial credit and increased unemployment.

But, Dominica is boasting that it, somehow, had that miracle economy of the Eastern Caribbean even after losing the Ross University School of Medicine and dropping 226 percent of its GDP to a monster storm five years ago.

Dominica, therefore, have been living in a fool's paradise (even before Erika and Maria) and it is obvious that the country has plunged headlong into economic ruin. The signs are everywhere.

But during this upcoming 2022/2023 budget presentation, no longer can we continue to deny the depth of the country's economic crisis; the government has to tell its citizens the truth if we are to aggressively address the state of the economy and suggest specific, measurable short-term and medium-term goals for both public and private sectors.

We cannot fix this decaying economy if we do not even begin to acknowledge that it needs fixing.

The point we need to stress is that if Dominica is to survive the choppy waters that the economy is currently sailing through, the public has to be told about the implementation of a series of belt-tightening measures as well as programmes to stimulate the productive sectors, such as agriculture and manufacturing. These issues are unavoidable and urgent.

As we see it, Dominica now has no other option and propaganda won't take us there.