Like Dominica, Antigua says its Citizenship by Investment Programme-passport sales- is top of the line 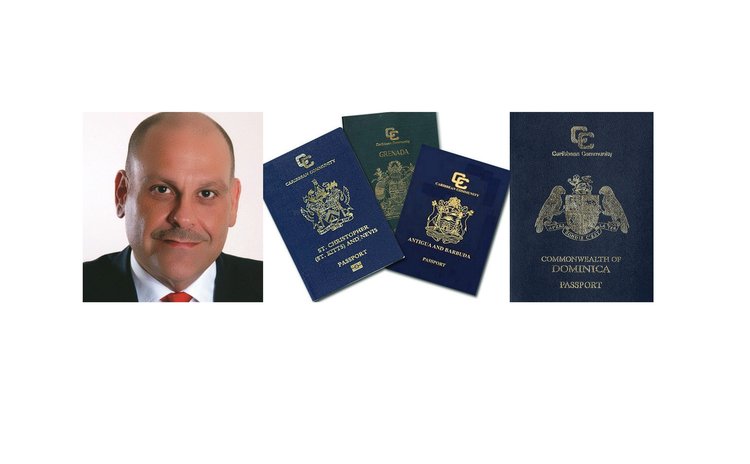 Ascot Michael and some Caribbean passports

No matter how you chew upon it, no matter how you digest it, the inference from the words of Antigua's investment minister is clear: Dominica's Citizenship by Investment Programme (CIP) is a bargain basement programme that pales in comparisons to the one run by St. John's.

While he was reluctant to be critical – "I am not at liberty to criticize any other jurisdiction, I do not want to do that," Asot Michael said when asked to compare the two programmes – but what he said was telling when pressed on the matter.

"The difference is that we have set certain high goals. The rigorous due diligence procedures, we have refused to lower our fees in order to attract thousands of citizens by investment, and that is where Antigua and Barbuda stands out."

Throughout a recent interview in Berlin, German on the subject, the Antiguan minister returned to the issue of cost, and how easy it is to cheapen the CIP by virtually going on a fire sale of passports.

"We are not about mass selling of our passports. Our fees are pretty high . . . It's not like going to China like some countries do - and I'm not calling names – and sitting in restaurants and say 'you can buy citizenship for US$60,000,'" he said.

". . . you do not lower your fees too cheap, then it becomes a mass citizenship investment programme where you are looking for thousands and thousands of people to have your passport just to bring in fees. But if you structure your programme as we have done, the fees are high enough and the due diligence checks are so rigorous that you attract the crème de la crème of the world."

The due diligence is another major difference that Michael was able to point out, explaining how thorough his country is in its efforts at keeping out undesirables.

Unlike Dominica's "mail order citizenship" as described by the American television network CBS' 60 Minutes, applicants have to visit Antigua. In addition, while the Roosevelt Skerrit government has had great difficulty explaining its own due diligence process, Michael had no problem boasting how exhaustive Antigua's is.

There are three layers of due diligence, he said, beginning with the CIP office which conducts its own background checks. This is followed by checks by the US due diligence company IPSA International, and finally joint background research with the Canada, the United Kingdom and the United States.

"We pride ourselves [on the] extremely very rigorous due diligence procedures that we have. . . By the way, every single application who comes to Antigua and Barbuda CIP office is sent to the United States embassy for further checks and we do not approve any application without the approval of the United States government."

At the same time, Antigua has its own version of the so-called Muslim ban, prohibiting applications from Afghanistan, Iran, Pakistan and Yemen. On the programme itself, Michal explained that applicants have the option of investing a minimum of US$1.5 million in a business, US$400,000 in "tangible" real estate such as villas, or US$250,000 to a National Development Fund which government uses for building infrastructure, renewable energy, healthcare and education.

Over the past week the Government of Dominica has embarked on holding a series of "Town Hall" meetings to counteract negative criticism of its Citizenship by Investment programme and to tell its side of the story. Government latest public meeting was held in Roseau on Thursday evening.