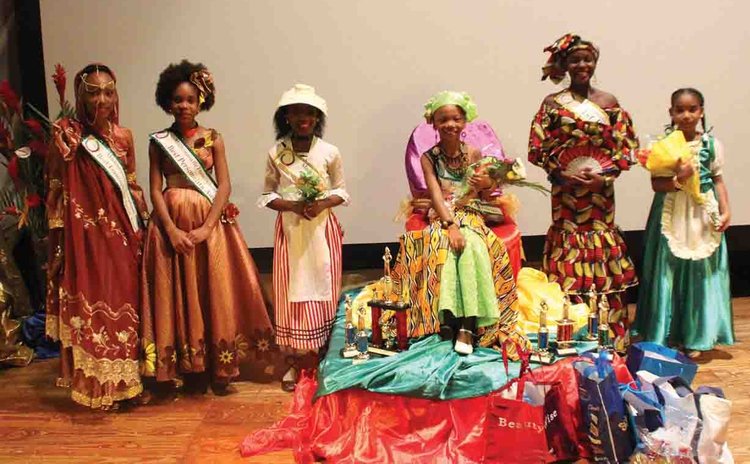 Jeanelle Phillip, 9, of the Grand Fond Primary School won the 2016 Mademoiselle Francophonie Pageant held at the Arawak House of Culture on March 19.

Dominica observes Francophone Month during March and the Miss Francophonie Pageant is the climax event held to end a month-long series of activities.

During the competition each contestant represents a country which is part of the Francophonie Member states; Jeanelle's country was Ghana.

"I feel excited and confident, I didn't know I was going to win," Phillip told reporters after the crowning.

She added that while she prepared for the pageant she received help from her family and teachers.

The First Runner-up position went to Leilanie Leslie of the Massacre Primary School who represented Togo.

The other contestant was Jadian Eustache of the Castle Bruce Primary School. She represented Suisse.

Eustache was the only contestant who did not perform in the talent round of the competition.

The winner of Mademoiselle Francophone 2015 was Jeraine Joseph of the Goodwill Primary School.