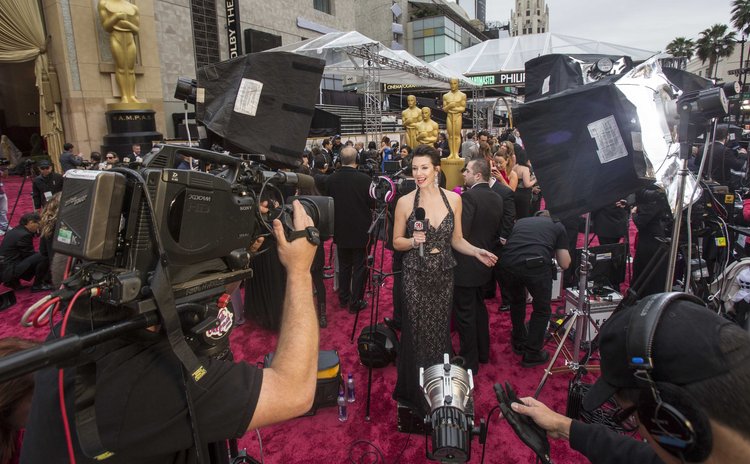 The lost-in-space film won the Best Director award for Alfonso Cuaron and managed a stranglehold on the technical categories, including Film Editing, Original Score, Sound Editing and Mixing and Visual Effects. C uaron personally won two Oscars for "Gravity," one for Best Director while Best Film Editing was shared with co-editor Mark Sanger.

One of the film's strongest competitors, "12 Years a Slave," won Best Picture along with Best Supporting Actress for starlet Lupita Nyong'o, and also took a statuette for Best Adapted Screenplay.

Another seemingly strong rival, "American Hustle," went empty-handed after tying with "Gravity" for the most nominations. Both films were nominated in 10 categories, followed by "12 Years a Slave" with nine.

"The Great Beauty," the story of an aging author and socialite reflecting on his life, became the 11th film from Italy to win an Oscar for best foreign-language film.

The Oscars were held at the Dolby Theatre in Hollywood, with Ellen DeGeneres hosting the televised ceremony, which was watched by millions around the world.