Behind the Scenes of Government's New Budget 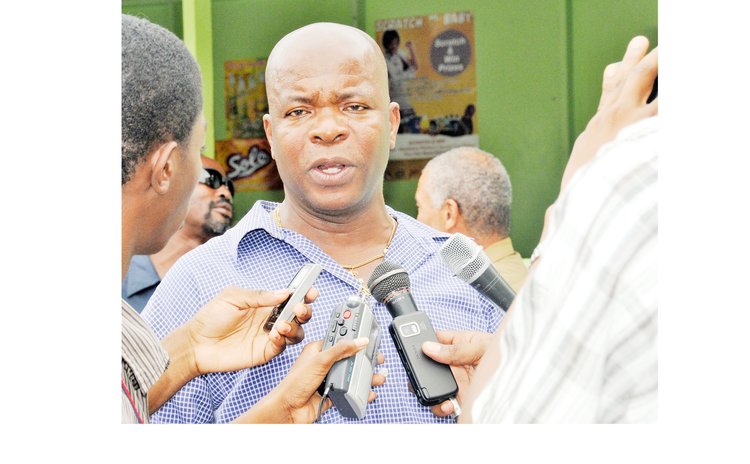 They've talked the talk at last. It won't be long before the parties find out if the Prime Minister, Roosevelt Skerrit, will walk the talk. The Prime Minister has announced that he will present the financial statement for 2013/2014 on 24 July.

But, up until press time, Skerrit and his team were still crunching numbers, which meant they still were not sure about the size of the budget.

"No, (we do not yet know the size of the budget). We're going into our final session today; we're going to review the figures today, so we will know later," one person involved in the process told The Sun on Friday morning.

Skerrit had already announced that there would be no new taxes, "which I believe is phenomenal in this period, when you see what's happening in the region," one policy-maker, who asked not to be identified because he was not authorized to discuss the budget, told The Sun. 'That, I think, is what's remarkable about this budget."

The budget preparations were far advanced and Skerrit was ready to announce the date when the leading trade unionist, Thomas Letang, complained about the lack of pre-budget consultations, a source close to the prime minister told The Sun.

This, said the source who asked to remain anonymous because of his close relationship with the prime minister, led to a delay and hastily arranged consultations.

"When I spoke to the prime minister about a month ago he told me that within a few days there would be an announcement. It seems that everything was in place. But since Thomas Letang made an announcement that there was no consultation, they called a consultation. Exactly three days later they called the unions. I don't know if that is the hold up. A month ago you were about to present the thing and nothing has happened (since)," the source told The Sun before the announcement of the date.

So the Public Service Union got its wish. It got a date with the prime minister.

So the two sides talked. About issues of concern to the union. About the economy. About jobs. About the vexing issue of job reclassification. Now the union has made an adjustment to its expectations and waits to find out if any of its concerns will be taken on board when Skerrit delivers his budget.

"We hope our contributions will be taken into consideration," Letang told The Sun. "We will be very disappointed if, after the consultation, allocation isn't made for the implementation of the recommendation coming from the consultant regarding job reclassification."

The two sides talked about the unemployment situation as well, and the failure of what appears to be a fractured system which has become a nightmare for Dominicans seeking work. Letang said his union had accepted that the government could not create jobs for every Dominican. However, he said, the PSU pointed out during the discussion that there were areas in which the administration could ease some of the burdens on residents of rural communities.

"In communities where projects are taking place, these projects should be done by the local government and (residents of these communities) who have the necessary skills should be given an opportunity to bid on these projects," the union leader reported the PSU stressed during the talks with Skerrit and members of his cabinet.

They talked too, about housing and the effective use of land space, about the government's plans for a national health insurance scheme, about improving the working environment, about training for public servants.

The union leader has no illusions about seeing all the union's recommendations in this year's budget.

"Some of the recommendations are for the long term," he admitted.

But with expectations adjusted, it expects some progress.

"We believe it was a good meeting," Letang said.

The expectation is, it was not just talk.z