Gregor to Lennox: What I meant is "I fear your political career may not recover" 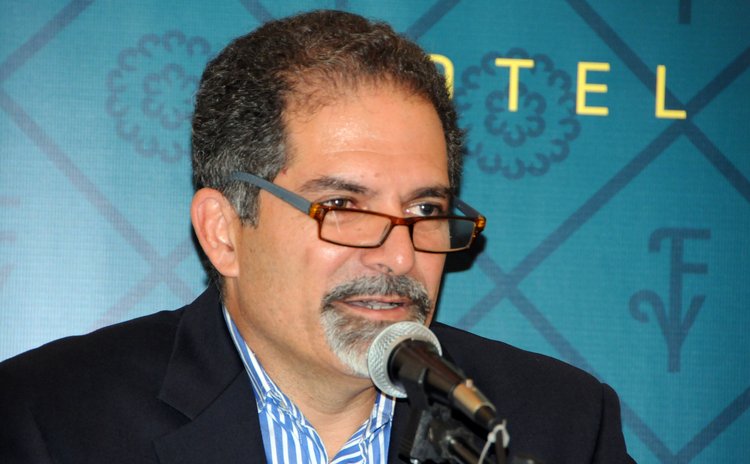 Let me start with the most important clarification first. We have known each other for over 30 years – how could you suggest that I would ever want to bring harm to you or your family? Please Lennox, I would never think either of us were capable of wishing harm on the other. For avoidance of any doubt, when I said "I fear you may not recover", I was referring to your political career – that I fear your political career may not recover.

I do remember the gentler days of the 90's and did enjoy our scrabble games very much. If my memory serves me right, you were often victor. Scrabble is great- requiring knowledge, creativity and speed. And truth – words put down on the board must exist in the dictionary. All assumptions can be checked to be fact or fiction.

Your response to me illustrates that today you play a different kind of scrabble, one in which assumption and innuendo prevail over fact.

I have come to the conclusion that you really do not seek answers, you seek to question exponentially, to make assumptions, to manipulate public opinion and to mislead. Misleading Dominicans on local talk radio programs and at local press conferences is one thing, doing it on an international stage to the detriment of your country's image is another. And that is how this conversation began.

LENNOX: "You are the Head of Roosevelt Skerrit's strategy committee for the assassination of the character of Lennox Linton".

FACT: LOL Lennox. Not aware of such a committee and obviously not part of it. FYI, I have not met with or had a telephone conversation with the Prime Minister in about 7 months. My perceived access to him is highly overrated.

LENNOX: In the CBI program as is the case in the mail order business, there is no face to face contact between buyer and seller in the exchange of goods and/or services for money…. there are similarities between buying a Dominican passport and buying a pair of shoes on Amazon.com."

FACT #1: Mail order is the buying of goods or services by mail delivery. The buyer places an order for the desired products with the merchant through some remote method such as through a telephone call or web site. Then, the products are delivered to the customer. Acquiring Citizenship to Dominica is nothing like mail order. Amazon.com or any mail order company does not conduct an extensive due diligence on the buyer before agreeing to sell. Such due diligences are thorough and pick up every material detail on the applicant's past. The requirement for a " face to face" interview was removed to remain competitive in the market place as other jurisdictions first abolished this and can only be justified on the merits of the integrity and robustness of the due diligence process. The steps in the process are available on line: http://cbiu.gov.dm/citizenship/how-to-apply/ To suggest the two processes are similar is intentionally misleading and damages the destination and its CBI program.

FACT #2: CBS 60 Minutes reported that the Prime Minister of Antigua stated that applicants are now screened by American intelligence and law enforcement agencies, and generally speaking due diligence in the Caribbean has improved substantially. The report continued "The small island offices with a few people are now backed up by international firms that take the screening to a higher level". You deliberately chose to ignore the significant improvement on due diligence processing in Dominica and throughout the region, but instead chose to portray it all as "mail order".

LENNOX: I did not merely suggest that we are selling passports to criminals. I stated as truth and fact that "We had a diplomatic passport in the hands of Francesco Corallo, who, at the time, was on INTERPOL's list of most-wanted criminals". (In the same context as Corallo, Lennox claimed that Rudolph King, a Bahamian fugitive from U.S. justice, held a Dominican passport and was Dominica's ambassador to Bahrain.)

FACT: There is no question that Dominica has made serious errors of judgement in the issuing of some Diplomatic passports. I agree that it must be dealt with decisively. BUT there is absolutely no evidence that the public is aware of that "we are selling passports to criminals" and that these diplomatic passports are being sold for cash under the table. The Government has also stated categorically and repeatedly that Rudolph King was never appointed ambassador to Bahrain and has never held a Dominica passport. This was the most damaging aspect of your presentation on 60 minutes and you have provided absolutely no proof of these assertions. It is telling that you would discuss the details of diplomatic passports on a 60 minutes program focussed on CBI knowing full well that one has nothing to do with the other. Your intent to further your agenda at the expense of the country's reputation for political gain is clear.

FACT: Again, there is no evidence of "under the table trading". That is your speculation. What is beyond speculation however, and the best example I have researched of selling passports to criminals under the citizenship program, and delivering a passport by mail and receiving money for so doing was before Roosevelt Skerrit came to office. Will you care to educate me and the public Lennox on the case of international fugitive Christopher Skase?

LENNOX: Under that criminal enterprise, the Citizenship By Investment Program has been mismanaged and corrupted to become primarily a source of funding for Labour Party theft of elections and wealth creation for a chosen few….

FACT: There is no evidence that the public is aware of to suggest misuse of funds under CBI. From everything I have seen and read and understand of the program, I have no reason to suspect misuse of funds. It in fact appears to be a very well managed program. I suggest you refer to Pages 32 – 37 of the last budget which goes into great details about inflows and outflows from the program:

http://finance.gov.dm/index.php/budget/budget-addresses/file/24-budget-address-2016-2017-building-a-more-resilient-dominica It shows on page 34 the balance of funds held at NBD and RBC. The details of expenditure are shown on Page 35 and 36 - $8.7m to NEP, $14m to Infrastructure works at Douglas Charles, etc., its all there. If you have evidence of misuse of CBI funds, please produce it. By making such an allegation you are accusing senior public servants in the ministry of finance of collaborating with the politicians to siphon off / steal pubic funds. Is this what you are suggesting?

LENNOX: ….have exposed the extent to which, in protection of your tourism profits and windfall passport money……

FACT: I have not received $1 of "windfall passport money" as you put it. While I am seeking approval for my development under CBI, the development is not CBI-dependant and it is not at this time operating under CBI as approval to date has not been granted. And yes, I am a businessman and hotelier and I will always act to protect my business and the industry at large.

LENNOX: Like you "I would never deliberately go onto a world stage and air what I consider to be my perception of our nation's dirty laundry". And to be clear, I did no such thing on 60 Minutes.

I would suggest a return to investigative journalism, but even in that field, your obsession with assumptions over fact led you to the wrong side of a Privy Council judgement. I thought you would have learnt from that. Instead, you willingly engage in the same recklessness but this time on an international stage to the detriment of our country.

I believe that all citizens including myself want a strong democracy, good governance, full accountability, transparency AND an effective opposition - so that the country progresses to the benefit of all Dominicans. Peddling assumptions as fact greatly undermines all of this. That said, our Government should have been – and needs to be – far more proactive in public outreach and education on a topic as sensitive and controversial as CBI.

Like my position on Salisbury, my position on your appearance on 60 minutes is not personal or political. It is born out of conviction. In my opinion, your appearance on 60 minutes was opportunistic and born out of personal and political ambition which was very unfortunately to the detriment of Dominica. Your negative spin was neither necessary nor truthful.

Finally, I would be happy to engage you in another game of scrabble on a morning talk show where we can review these points and confirm what is assumption and what is fact.

And I wish you and your family the very best of everything – health, happiness and prosperity – in 2017.