Grotto, the 45-year-old charity Home for the Homeless is in a dire financial position 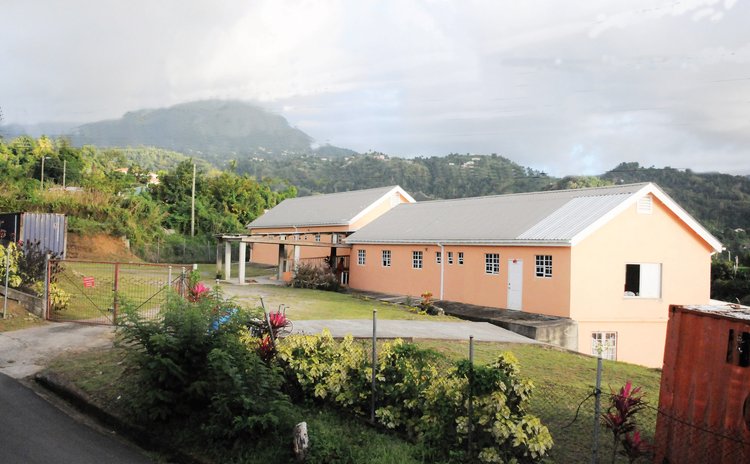 Located at Bellevue Rawle, the Grotto Home for the Homeless

Like the 40 residents for whom they provide care, life can be rather tough for the operators and employees of the Grotto Home for the Homeless. There are times, particularly over the past six months or so, when scraping together the approximately $17, 000 needed to pay the wages of the ten employees can be an unending nightmare, several sources told The Sun.

After The Sun published an article last week quoting one irate member of staff disclosing that for six months "all we've been getting is excuses as to why they can't pay us" and that the workers wanted to be paid in full every month, "not half, not piece", the Grotto issued a statement challenging the veracity of the report.

However, further investigations by The Sun have exposed the dire financial situation facing the 45-year-old charity, which has sheltered and fed thousands of destitute Dominicans over the past four-and-a-half decades.

The non-profit, which is run by a nine-member board of directors, currently has less than $200 in the bank, and owes several thousands of dollars to a number of businesses for everything from medicines to groceries, revealed the various sources, who spoke on condition of anonymity due to the sensitive nature of the subject.

"We have no money to pay salaries," stated one clearly concerned person.

As the financial situation continues to more crippling, the home has had to pay wages in dribs and drabs in recent months, at least two sources confirmed, and had reached the tipping point in January, However, a generous benefactor came forward with $10,000 and another contributed $2000, which made it possible for wages to be paid in January. However, no such manna has come falling since, which means the workers have not received their February cheques.

The major issue facing the charity - which needs $140,000 annually to operate, according to the sources - is manner in which it's funded. The Grotto Home for the Homeless has relied on a $65,000 annual grant from government – more than double the $30,000 grant received up to three years ago – along with a monthly 'paupers' allowance' of $5400, small contributions from individuals, and an annual grant of $25,000 from the Beverly Foundation.

But, as economic realities began to bite, the individual donations have dwindled – currently, five organisations donate $200 each month, along with the odd contribution here and there – and the funds from the Beverly Foundation stopped coming five years ago.

All it has been left with is the annual grant, along with the monthly paupers' allowance, which the Grotto has counted on for over 40 years to augment salaries. But then, six months ago, the cheques stopped coming for no apparent reason, leaving the charity in a terrible bind.

"Some smart person probably figured that probably is an error somewhere, they stopped it and they don't even inform us . . . we're expecting it because things are tight with us," indicated one source.

"When you take the paupers allowance which is the monthly thing which helps us with the day-to-day things - you want sugar, you want rice, you have to pay social security, you have to buy medicine – and you stop it suddenly, that was the drawback," added another.

Things were not always this grim for this refuge for the destitute. When a group of volunteers came together in 1976 to start the home, funding was more readily available. The banks, other institutions, local businesses and well-meaning Dominicans gave generously. In the years the followed, the home provided succour for hundreds of indigents - many of whom face mental health problems - and a soup kitchen to feed thousands more.

"Back then it was much easier; quite a few charitable organisations came on board . . . it was easy to fund because you didn't have this high cost of living, persons were more willing to donate," explained a source familiar with the home.

It's a far cry from the acute state of financial affairs facing the home today, even as the operators seek a miracle that will place them in a position to continue to assist those who can't help themselves.

"We are a vital institution [but] COVID and the hurricane [Maria] put us in a very challenging situation," one person told The Sun.

"We are very happy for what [funds] we're getting but to maintain the quality of life for the people at the Grotto they [benefactors] need to come aboard and give some more support - cash or kind," stated another. "We've been going through a rough patch but we've been able to manage."