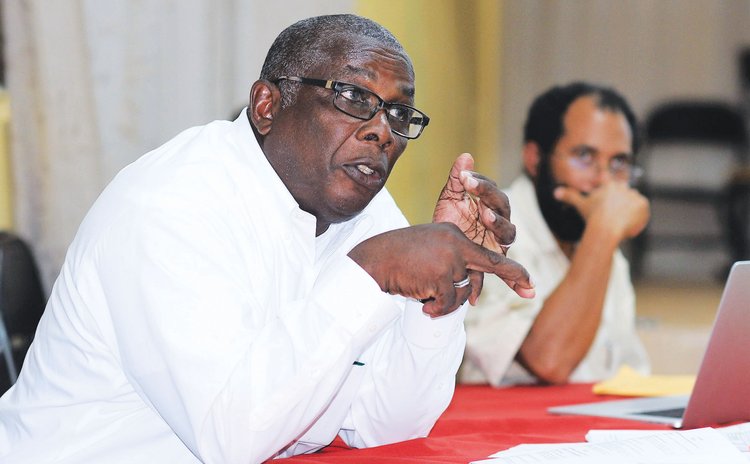 Remove the roadblocks, restart the engine and drive the electoral reform vehicle up to the plateau of free and fair

Essentially, that's the recommendation contained in the summary of the final report of The Group issued on 8th August 2019.

It first met six months ago, on 31st January 2019, to find "ways for Dominica to achieve the necessary electoral reform before the next general election".

But that objective appears to be still distant because, according to The Group, there are roadblocks in the way. "The Group is of the opinion that the apparent impasse on the road to electoral reform is related, in part, to the perception by the Electoral Commission that the Chief Elections Officer does not possess the legislative authority to issue identification cards containing the prescribed particulars so as to ensure that an elector does not vote more than once in the same general election," the report states.

The Group believes that some level of electoral reform, the issuance of voter identification cards to electors and the cleansing of the voters list, is possible before the next election constitutionally due in May 2020. But there are two contrasting opinions on how these can be achieved.

The Group, however, disagrees and maintains that "the existing legislative provisions…authorizes the Chief Elections Officer to issue identification cards for use in order to prevent electors from voting more than once at same general election".

But given the distance between the parties, on the issue of the need for new legislation or no-need for amendments to existing legislation, The Group says it is "incomprehensible" that the Government has not "presented to parliament a simplified, focused and appropriate amendment that will adequately empower the Chief Elections Office to issue, and require to be used at any election, the necessary voter identification cards".

"It would therefore appear that the impasse on the road to electoral reform is grounded in the failure to continue the process of issuing voter identification cards which is a first step in sanitizing the lists of registered electors," The Group says.

Thus The Group is "very concerned about the rational and implication" one year before the next general election is constitutionally due.

Burton publicly stated in August 2019 that there is insufficient time to issue ID cards and test the system before the next general election.

That, according to The Group, "does raise serious concerns".

"These concerns become very serious when coupled with the fact that indelible ink is no longer a full proof method of achieving the goal of ensuring that electors are prevented from voting more than once in the same election," the report states. "The Group is very concerned as to the mechanism by which the Electoral Commission intends to use so as to ensure that persons don't vote more than once without the introduction of voter ID cards".

As one of the ways forward, The Group suggests that the Electoral Commission "reconsiders the use of the provisions under the present laws and regulations which empowers the Chief Elections Officer to use the facilities and equipment in its possession to immediately commence the process of verifying that persons registered to vote in each constituency retain their eligibility to remain on the lists of registered electors and to be issued an identification card".

Alternatively, the Electoral Commission should put forward, through the government and presented to Parliament, "a simplified, focused and appropriate amendment that will adequately empower the Chief Elections Officer to issue, and require to be used in any election, the necessary voter identification cards".

And that the process of varication and the issuance of ID cards should be "brought to near completion" in Dominica "before consideration is given to any efforts to undertake a similar exercise outside" of Dominica.

Additionally, the Group suggests that Prime Minister Roosevelt Skerrit "should exemplify this moral responsibility by refraining from exercising his constitutional privilege to dissolve parliament and call the next election general election for at least the next six months or during the period when greater effort by the Electoral Commission is realised in the necessary electoral reform, unless it becomes constitutionally due".

As an indication of the possible response to that request, in the report The Group noted that it had not, by 10th August 2019, "received an acknowledgement or response" from Prime Minister Skerrit to the letter that The Group wrote to him on 15th February 2019.

How will the government respond to this latest report from The Group?

Before you answer, note that in the document "Commonwealth of Dominica: Electoral Reform-Myth or Fact" government's spokesman, Anthony W. Astaphan SC, says The Group's and the public's debate on electoral reform "is based on a misnomer, and more importantly false factual premises, partisanship, and misrepresentation of the law."