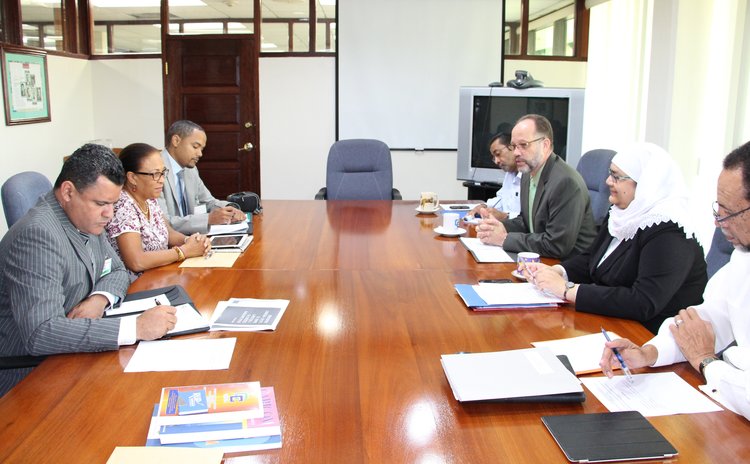 (CARICOM Secretariat, Turkeyen, Greater Georgetown, Guyana) CARICOM Secretary-General Ambassador Irwin LaRocque met on Wednesday 11 January 2015 with a delegation from Guadeloupe, which is one of five Caribbean territories which have applied for Associate Membership of CARICOM.

The delegation from the Regional Council of Guadeloupe comprised – Thérèse MARIANNE-PEPIN, Président of the Commission on Cooperation, Olivier SORET, Director General, Europe and Cooperation and Lionel SAROTTE, Cooperation Officer .