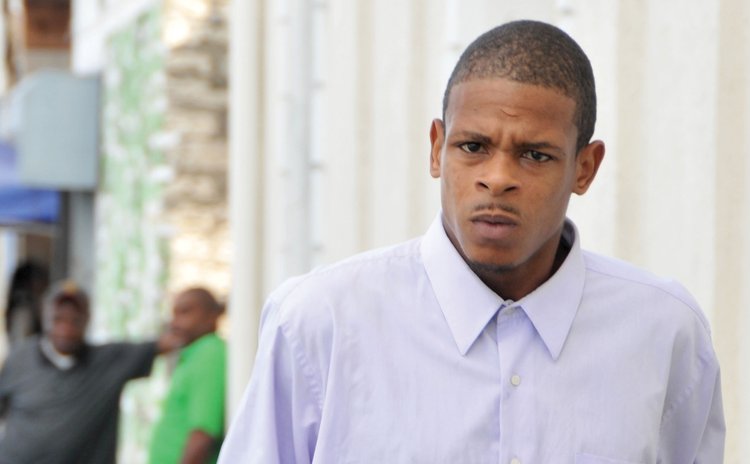 After the verdict trial judge Errol Thomas ordered that a psychiatric evaluation and a social inquiry report be furnished to the court by Friday June 24 after which a date would be set for sentencing.

The state's prosecution, headed by State Attorney Sherma Dalrymple along with Director of Public Prosecutions Evelina Baptiste and state attorneys Fernillia Felix and Khalita Benjamin, had called 16 witnesses in the murder trial.

Geoffrey Letang conducted the defence with assistance from Anne Riviere at the Roseau High Court before Justice Errol Thomas and a jury of three men and six women.

The trial began on Tuesday May 24, 2016 and spanned 11 days ending on Thursday June 9 when the jury reached its verdict.

During the trial Ronel Shane George, a cousin of the deceased told the court that he was in the company of cousin Rikel Xavier and Stephen St Jean were on the main road close to Ti Kwen Glo Cho when Asher James also known as Shrek walked past wearing a red hat, red shirt and orange shot pants. Shrek greeted them and then left. About 10 minutes later, Ken George came along, greeted them also and proceeded in the direction of Ti Kwen Glo Cho.

He next heard Ken in distress calling out "Help me! Help me!"

"I heard something towards the direction of (Sylvester) Soanes house. I saw Shrek coming out of Soanes yard dressed in the same way. I had seen him with a cutlass in his hand."

He asked Shrek what he doing there and Shrek ran up the village. He explained that there is a lamp post close to Soanes yard.

She said: "He came towards me and he had the cutlass swinging in my face said "in all you m…'s; all you see all you look for trouble, for you f…..g I hache (chop) your m…a… Bosco, I hache him and no police don't know anything about it."

And he continued on his way.

Corporal Frank Commodore and Police Constable Kenrick Charles were among those who responded to the call that night. Charles, after his initial duty as crowd controller, went on duty to the home of Veronica Joseph, aunt of the accused, and found him standing in the yard.

The officer identified himself and asked for the cutlass supposedly used. Asher James pointed to a small structure in the yard and said that's where he had put the cutlass. It was brown handled, had dirt on it and what appeared to be blood. Charles brought James to the criminal investigation department.

Acting Superintendent of Police Matthew Cuffy and investigating officer, Corporal Jefferson Rolle, conducted a video interview, the first to be used in criminal trial in Dominica, with Asher James and his lawyer, Geoffrey Letang at Police Headquarters on Saturday September 21, 2013.

In his defence from the witness stand Asher James said he arrived from home about 5 o'clock in the afternoon. He took a bath and went out, passing in his garden to soil up some lettuce plants. He continued to the village to enjoy himself because it was his pay day. He purchased chicken. He started walking up the hill and recognised a shadow following him, resembling the deceased. He got to the top of the hill and Kenny George began circling him and sending threats.

"I saw the deceased pull out a cutlass, black handle and silver blade from the right side of his waist with his right hand. I pulled out my cutlass from the side of my pants faster and swung at the deceased while he swung back at me… I was unaware of where I cut him after numerous swings at the deceased… I saw the deceased fell and I ran home to tell the incident to my father."

"I took off in the bush and went to the residence of Veronica. I waited, and then the police arrived…", he said.