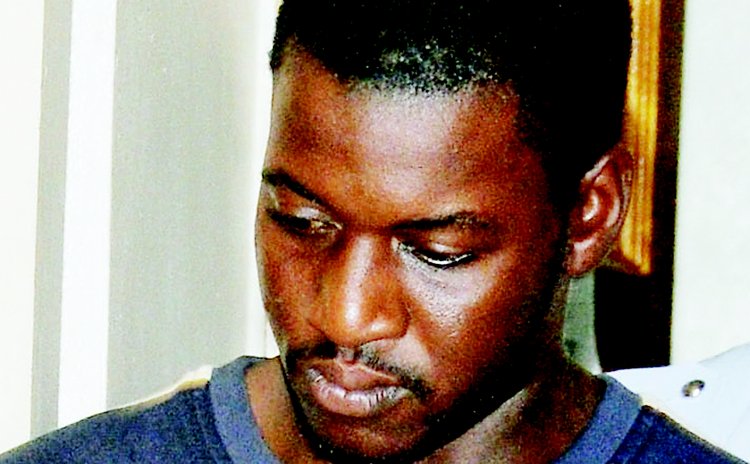 The State's prosecution team led by Acting Director of Public Prosecutions Julian Prevost called 12 witnesses over 11 days before Justice Birnie Stephenson at the Roseau High Court. The mother and daughter defence team of Zena Dyer and Gina Munro called one expert witness in Consultant Surgeon at the Princess Margaret Hospital, Dr Hendricks Paul, after the accused gave a 52-minute statement from the Prisoners' Dock. He told the court that he acted in self-defence when he stabbed Joseph to death.

Degallerie said he was at Smith's bar that Friday evening April 23, 2010 playing dominoes.

"Justin told me if I do his niece anything what he will do me. I told him if me and his niece have any problem that's none of his business because she is a big woman," he said. "That's the time I just saw him pull out his knife and stab at me on the right side of my chest. If I did not ease back a little when I saw the knife coming, the whole knife would have entered my chest. On moving back I saw my blood pitch on the wall. Then I saw him coming back again with his knife... when I saw him coming to stab me the second time I pulled out my knife and I made a swipe with the knife to prevent him from coming up on me, because I thought he was going and kill me".

Degallerie's witness was Dr. Hendricks Paul who attended to him on Alford Ward where the doctor noted a two centimetre transverse sutured wound.

But witnesses for the prosecution told a completely different story and that Degallerie was the aggressor that night. Smith said she saw "Shane remove the knife from under his shirt. He took out the knife and lifted it up. I said: 'No Shane, no Shane, no', and I see his hand coming down."

Shawn Walsh of Fond Cole described the knife as black handled and having a blade of about 6-7 inches long.

"I went outside, and was talking to a friend. And then I heard a screaming from inside the shop. After the screaming I turned to the shop and saw Shane with the knife upheld and looked like blood on the wall. And then Justin ran outside to the front of Sam's vehicle."

The forensic pathologist who performed the autopsy found a 5-6cm punctured wound which entered near the breast plate in left side of chest which damaged the heart. There was one litre of blood in the left side of the heart. The doctor put cause of death as internal bleeding. Death would occur very rapidly, within seconds to minutes.

Judge Stephenson has scheduled the hearing of a pre-sentencing report for July 8, 2013.