Haiti – on the edge of disaster again 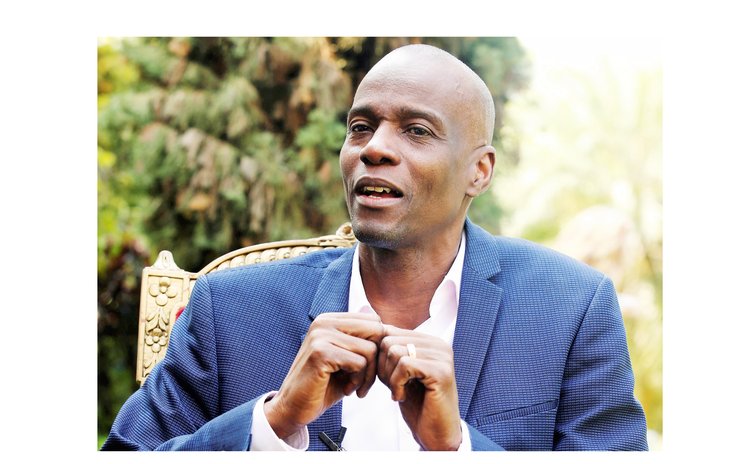 Haiti – a country to which all other countries that suffered slavery are deeply indebted – is once again in turmoil.

Therefore, no Caribbean Community (CARICOM) country should stand aside, silently, while Haiti is sliding into further catastrophe, retarding its already impoverished economy and depriving the Haitian people of hope for an improved future.

Of course, no country should interfere in the internal affairs of any other state. CARICOM has never done that. In the times, when the organization has played a role in resolving political, electoral, and constitutional issues in a CARICOM member-state, it has done so at the invitation of the Government and other political parties. This occurred most recently in Guyana, where CARICOM played a pivotal role in upholding democracy and ensuring the credible result of elections.

Non-interference in the internal affairs of a state should not be construed as approval. And, when conditions reach the point of loss of lives, the least that friendly states should do is to offer to help to bring about peace and to assist in resolving the issues that are causing violence and destruction. While the Haitian government might not agree, the present circumstances of the country are crying out for remedial action.

Hence, CARICOM was right, on February 11, to issue a public statement "encouraging all parties to engage in meaningful dialogue in the interest of peace and stability" and "strongly urging that action be taken to foster a safe environment, a return to normal life and the building of sustainable democratic institutions".

Since October 2019, when President Jovenel Moïse postponed parliamentary and local elections, there has been no legislature in Haiti. The President has ruled the country by decree, contrary to its Constitution. Even at the municipal level, when the terms of elected Mayors end, Moïse has appointed persons of his own choosing.

Further, in the absence of a legislature which, under the Constitution, is required to approve appointments to independent institutions and law enforcement agencies, including the Police, President Moïse has unilaterally installed favoured persons. For over a year, these circumstances have infuriated opposition parties as would be expected, but they also caused alarm among human rights groups within the country and internationally.

More recent events in Haiti, however, have attracted strong criticism of Moïse. The most compelling condemnation has come from seven members of the House of Representatives of the United States of America (U.S.). In early February, they wrote to the Secretary of State, Anthony Blinken, demanding the departure of Moïse "in accordance with the Haitian Constitution".

For several months, the contention has been made by political and civil rights groups in Haiti, that in conformity with the Constitution, the President's term ended on February 7 – five years after the last elections in November 2016. He has contended that, notwithstanding the position stated in the Constitution about the life of the President's term, he is entitled to remain in office for another year, since he did not assume office until February 2017.

In a situation in which a President's stewardship has brought peace, economic development and social progress, the Haitian society may have gone along with Moïse's view. Unfortunately, the situation on the ground in Haiti has been very different. Moïse was not a popularly elected President. The 2016 elections had a low turnout of voters. His actions, since then, especially his ruling by decree, weakened his approval still further.

In this atmosphere, the country slipped into lawlessness – some of it allegedly engendered by Moïse's ruling party. Kidnappings and killings haunted rich and poor alike, and marauding gangs ruled districts driving fear into communities. Massacres occurred in neighbourhoods where opposition to Moïse is strong.

All this led to street protests which the government met with an iron fist. In recent weeks, Police have fired live ammunition into crowds, killing and wounding people including two journalists, one of whom is in a critical condition.

During this, on February 7, Moïse alleged that there was a plot to overthrow him. Police arrested and detained 23 persons, including a former presidential candidate, a high-ranking police inspector and a judge on the country's highest court. Additionally, Mosie, arbitrarily sent three judges of the Court of Justice on retirement. One of these judges was named jointly by the Opposition parties as the "Interim President" of Haiti – much as happened with Venezuela's Juan Guaidó. The U.S. Embassy in Haiti issued a statement questioning the merits of the action to unseat the judges.

Several non-CARICOM countries, looking for a solution to the current problem, are doing what they usually do – focussing on Presidential elections to end the conflict.

The problem is that there is no credible election machinery in Haiti, including no up-to-date and verifiable electoral list. What is more, Moïse appointed a Committee of his associates to make recommendations on institutional and political reform, including of the provisional electoral council (CEP) which administers elections.

The much greater problem is that he plans to hold a referendum on April 25 on a draft constitution that his Committee has drafted. Amongst other things, the draft constitution, will set the stage for Presidential and other elections. The process has no credibility and no support from opposition political parties and civil rights groups and, therefore, will continue to rouse protests and crowd demonstrations.

Haiti, including President Moïse, and all the other actors – political and civil – need the help of honest brokers and mediators to help create agreed conditions to remedy the institutional issues, including the election machinery. Without it, the situation is Haiti will worsen.

No country or organisation can impose itself to assist Haiti. The Haitian players must invite such help. Until they do so, all organisations, including CARICOM and the Organisation of American States should express their concerns and stand ready to be helpful to the people of Haiti who deserve the chance for a better life.