Haitians living in Dominica speak on the assassination of their president 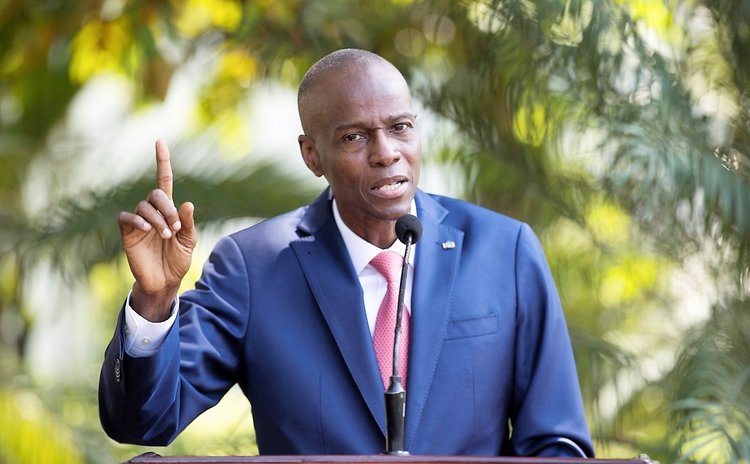 Both opponents and supporters of the Haitian president saw his assassination as a worrisome sign that the already fragile country was descending into greater turmoil.

Speaking to the Sun in the wake of their President Jovenel Moïse assassination on July 7, 2021, many Haitians living in Dominica fear the worst for their families back home and say many more may escape and flee to countries like Dominica.

Authorities have said a group of "professional killers" stormed Moïse's private residence in Petion-Ville, a suburb of Haiti's capital, Port-au-Prince, at around 1 a.m. Wednesday and shot him 16 times and also injuring his wife.

Haiti's acting Prime Minister Claude Joseph has assumed leadership of the country in the immediate aftermath of the attack. He declared a "state of siege" in Haiti -- closing the country's borders and imposing martial law -- saying he did not want the nation to "plunge into chaos."

The Caribbean nation of roughly 11 million people, many of them living in poverty and rising violence, now faces an even more uncertain future.

According to one of the Haitians living in Dominica, Garry André, the events which are unfolding in his country are very troubling, and many family members and friends who he spoke to within the past week have indicated that they will soon flee the island.

"It's no[not] safe for anyone to stay there anymore," he said to the Sun. "The people are tired and want things to change so they will do anything, even if that means to kill their brothers and sisters."

As to the future of his country and the killing of their leaders Andre says that no one should be rejoicing as yet.

"None of us know what's next. They all hunger for power, so the next one can be worse than Jovenel Moïse."

But not all were upset by the news of the assassination. Several non-nationals we spoke to said it's cause for celebrations.

"We believe it is a good thing for the Haitian people that he is dead," one Haitian who chose not to give his name stated. "He was a criminal, and he only made the people suffer."

Another stated, "finally our people can be free."

One Haitian barber also told the Sun that he disapproved of Moïse's leadership and believed he did nothing to address the problem of people in the country.

"He only worried about his own family," said Solide, who left Haiti as a toddler and has not returned.

Following the outpouring of international support for the country in the wake of the devastating 2010 earthquake, many Haitians were optimistic that political and social unrest in the country would improve, but according to all of those we spoke with, things have gotten worse.

Widelene, who says she's been in Dominica for less than six months, predicts that within the next decade only the wealthy will be left in the poverty-stricken island, as many of the underprivileged are leaving daily by the dozen.

"We are afraid. Dominique is no better but it doesn't see the crimes we see every time we wake up," the young Haitian stated.

Amid heightened tensions in the wake of the assassination, crowds of people took to the streets Thursday night, burning cars and demanding justice.

Criminal violence has recently escalated in the capital Port-au-Prince, including targeted attacks on police and arson of civilian homes.

The insecurity follows a wave of kidnappings earlier this year. Battles between rival groups and the police for control of the port city's streets have also worsened the country's humanitarian crisis, threatening bottlenecks on food and fuel supplies.

Many in Haiti disputed Moïse's right to continue serving in the presidency this year. He said his five-year term should end in 2022 -- a stance backed by the United States, United Nations, and Organization of American States.

But the opposition -- which accused Moïse of allowing corruption and insecurity to flourish in the country -- argued that he should have stepped down on February 7 this year, citing a constitutional provision that starts the clock on the term once a president is elected, rather than when he takes office.

During his presidency, Moïse repeatedly failed to hold elections at local and national levels, leaving much of the country's governing infrastructure empty.

Thus far, police have arrested 20 suspects -including Columbians, Americans, and Haitians- over the fatal shooting, and a mass, countrywide manhunt is underway for at least five more suspects. Police previously said 28 people were suspected of the assassination.

Three suspects have been killed in a shootout with authorities after the attack.