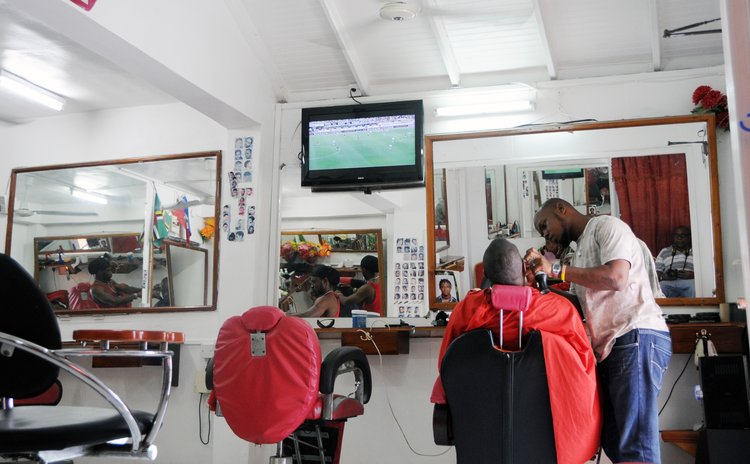 Wilner Clermond, the Vice President of the Haiti /Dominica Association is calling on the Roosevelt Skerrit government to treat Haitian nationals with dignity since they are contributing significantly to the Dominican economy.

"They were not taken on the water, they were in a guest house, and I don't know where they were going. Haiti is also part of CARICOM and they need to be treated fairly," he said.

Last week the Government of Dominica, after a court hearing, deported 39 Haitians that the government said had arrived in Dominica through the "back-door".

Clermond dismissed allegations that the Haitians came into Dominica illegally.

"No Haitians come through the back door; some are trying to leave to get better treatment. They are hardworking people. The farmers speak well about the Haitians," he said.

He said there are about 3,000 Haitians currently living in Dominica.

Also speaking out on the issue is Albert Eustache, a special advisor to the Haitian community in Dominica. He said he was very saddened by the situation.

"The government has its laws and we need to respect it. Haitians pay taxes in Dominica. They worked hard after Hurricane Maria to clear Dominica. I have been living in Dominica for 18 years. I am a citizen and I love the country but it appears now that 95 percent of people no longer like we Haitians and it's sad," he said.

He said all Haitians in Dominica ought not to be treated the same and he is calling on the authorities to treat his Haitian people with "respect, pride and as human beings."

According to Eustache, what was more troubling was the fact that the women who were in custody had not showered for days and were kept in poor sanitary conditions.

"I cried when I learnt of that. It hurts. This is inhumane," he said.

Meantime, National Security Minister Rayburn Blackmore said the government "has the sovereign right to keep safe is most precious resource, its citizens".

"Even before COVID-19, Dominica waged a constant battle with persons, including its own nationals entering our shore illegally," he said. "But now, it's a greater matter of concern with the advent of COVID-19. It should also be borne in mind that the outbreak of COVID-19 is not the only concern but a cross-fertilization of crime because the same people trafficking humans are the same who do the illegal firearms and drugs."

Blackmore continued: "This is why when the police apprehended 39 non- nationals on Monday August 3rd 2020 for attempting to leave the state illegally immediate action was taken to have them removed from our shores as a matter of urgency and in the interest of national security.

"A few days later 11 additional persons were further apprehended bringing the total to 50. Efforts to have them removed were delayed by a high court injunction. This is a nation of high ideals and civilized notions and is proof that every alien once brought before the court can have access to natural justice and fair treatment.

"Take heed, that to date, 42 of the non-nationals who violated our laws have been ordered to be removed from our country and this is the right of the state to protect its borders and its people."