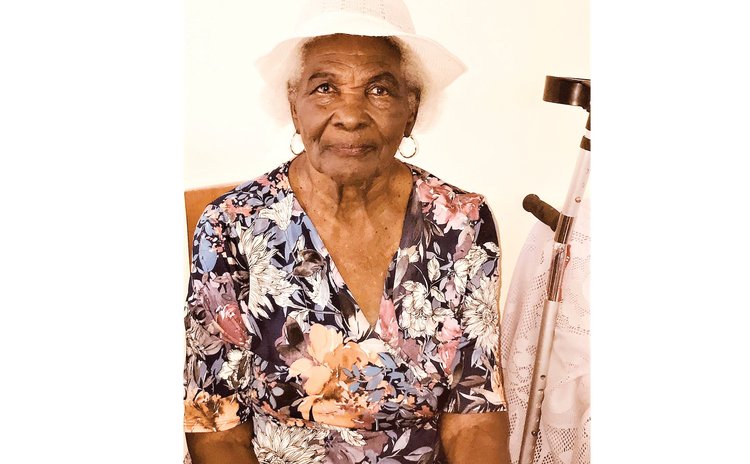 It's not normally appropriate to give out a woman's age, but when she's lived through a century, we make an exception.

Being 100 years old is one thing, but being 100 and still being able to do almost everything she wants to, is another. And for Mrs. Veronica Edvira Anatol, who hits this milestone on February 23, 2021, says she still feels young at heart.

Nothing but her birth certificate gives away the age of this vibrant woman, who was born in Vielle case in 1921 and was raised in Penville where she resides today.

At 26 she married the love of her life, Leon Anatol, on January 28, 1947, and through tradition, Mrs. Anatol was a housewife, while her husband was a farmer.

Within their 47 years of marriage, the couple had 10 children -the oldest who is currently 79 years old and youngest 55. Sadly, two of their children have passed away, as well as Mr. Anatol who died on October 13, 1992, at the age of 78.

A sassy and independent woman, she acts as young as she looks and still has a sharp mind. She enjoys cooking but most of all, reading the weekly publication of the newspapers.

Though she's jabbed with a few aches and pain in her knees now and again, and slight hearing loss, she says she still feels "very strong," and has no regrets.

"I've had such a good life," she told The SUN. "I just don't know of anything I'd change. I've been so blessed through my life."

When asked the secret to her longevity and good health, she credited her great genes, her active lifestyle, and most importantly, her faith.

She is described by many as quick-witted and sharp as a tack. One in particular was her granddaughter Kathy Anatol-Raymond, who the centenarian took in at only three months old and raised her.

"I am very thankful to God for her reaching that milestone," she said.

"She not bedridden, she's still reading without glasses, she's not on no prescribed medications, so I just want to continue to thank God for blessing her", said Kathy.

Her granddaughter went on to note that despite her move to the city to be closer to work, she spends as many weekends as possible with the woman who raised her to the adult she is today. She says their relationship is so profound that throughout the years, they've only spent one Christmas apart.

When asked how she plans to spend her 100th year on earth, Mrs. Anatol simply stated, "with my loved one."

Veronica Edvira Anatol is Dominica's 27th living centenarian probably making the island the country with the most centenarians per capita in the world.