Happy to be free 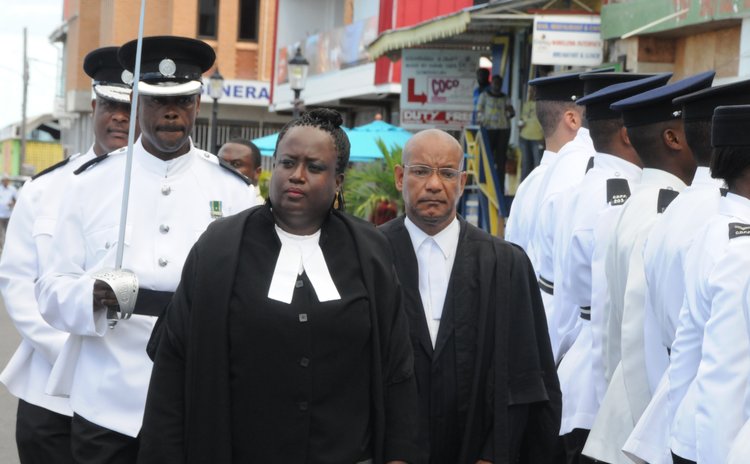 The six were charged with one count each of unlawful sexual intercourse, indecent assault and abduction of sisters aged 14 years six months and 12 years seven months on June 15, 2007.

The matter came up for trial during the September 2012 assizes but was traversed to the January 2013 criminal assizes.

The case came up for hearing on Wednesday March 13, 2013 only for the Director of Public Prosecutions Gene Pestaina to inform the court that he was discontinuing the matter. It was a painful decision for him, he said, but based on law had little option but to file a notice of discontinuance.

Justice Stephenson told the young men that based on certain principles of law as addressed to her in her chambers, the DPP found himself in a situation where he had to file a notice of discontinuance. This means the matter was at an end.

"You are all young men, and this matter occurred back in 2007, six years ago when you were even younger. You must have spent time in police custody, and I am sure it was not a pleasant experience. I want this to be a learning experience for you. Be careful of the company you keep" she said. "You are young men. I do not want to see or hear that you are involved in this thing again".

To a question from the judge, they all said they were now fathers. As fathers, it is important that you show the children the best example, she stated.

The young men left the prisoners' dock with: "Thank you Your Worship." And outside the courtroom there was a burst of exclamations. The judge asked the police officer at the door, who were making that noise? The officer looked out and said it was the discharged men.

Almost everyone in the packed courtroom laughed.