JUMP BALL No. 75 by Arlington James 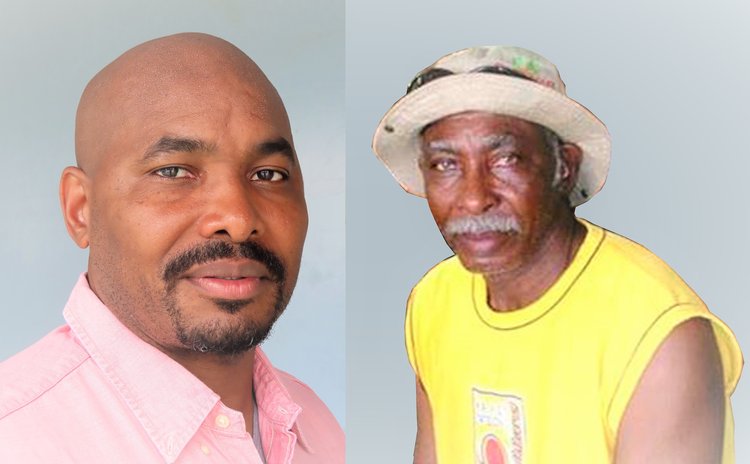 Part II of the article completed the presentation on "So Close, But Yet So Far", presented on the lack of a dedicated team coach, Harks' high-scorers, and began presenting on Harks' player and team awards and accolades. The article concludes below.

Individually, these players proudly represented Dominica in the CARICOM, OECS and Windward Islands Championships, as well as in a few friendlies.

Harks On Tour: As a team Harks represented Dominica on only one occasion, when they co-represented the Nature Isle, together with Cardinals, in the 2nd (1991) Regional Basketball Club Championship held in Grenada.

Change Of Colours: Harks debuted playing in white-and-blue uniforms which were sewn by their sponsor at the time, Dawn Creation. They next changed into a full maroon outfit, then to green with white trimmings, then to white-and-red, and took their final free-throws dressed in red-and-white. Interestingly, Harks' successors – Blazers I - inherited Harks' final team colours.

Team Sponsors: Over Harks' almost two decades on the court they had three sponsors. They played as Dawn Creation Harks from their inaugural season, then as Skol International [Beer] Harks, then as SAG Toyota Harks and finally as SAG Motors Harks. They were sponsored by SAG from 1984 up to their dissolution at the end of 1992. Many Thanks to those sponsors.

Holding High Basketball Positions: Some of the individuals who played on Harks went on to hold key positions in Dominica's basketball.

Harks' Transition to Blazers: A team registering as V.B. Massacre Blazers first competed in DABA's Junior Division, in 1991 and that year they captured the Division III League Championship. The following year the team stepped up to play in the Intermediate Division (Division II), while Harks were running the court doing their finale.

1993 saw a merger of sorts, of the former Harks players with the best players of the 1992 Blazers team to form Blazers (Senior) team, even with a Blazers team playing in "Intermediates".

Blazers Senior made their grand entry into DABA's 1993 "League", sending a powerful, unequivocal message to Cardinals, Flames, Pros and the five other senior teams by capturing that year's Division I Knockout championship and Best Offensive Team award.

It should be noted that from 1994 and for several years thereafter, Blazers only competed in the senior division of the Dominica Amateur Basketball Association. Additionally, by the time that DABA's competitions were unceremoniously interrupted by Hurricane Maria in September 2017, Blazers (senior) had already survived 24 seasons, making them possibly the third longest surviving basketball team in Dominica (after Pros and Cardinals), and also the second most decorated basketball team in Dominica.

Jump Ball extends best wishes to all former Harks players who are now retired or who are still active in competitive basketball with Blazers.

Jump Ball thanks Robo, Lobie, Dave, Arrow, Glenson and Yannick for their contributions towards the production of this article. Statistical information sourced from archived editions of Star Dominica and The New Chronicle, and from basketball season reports (1988, 1989).