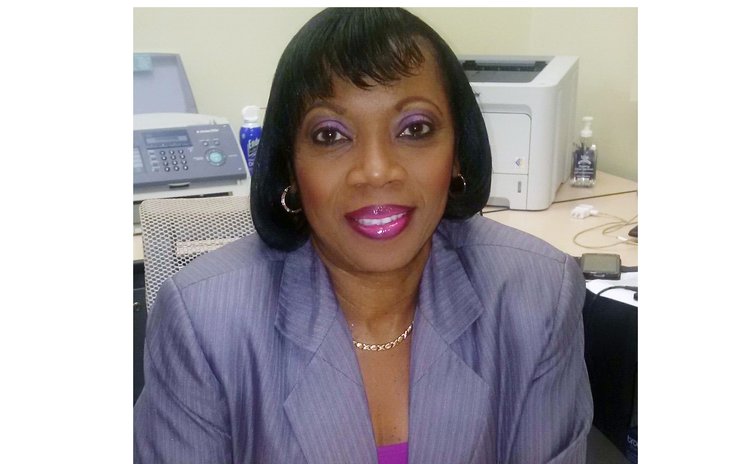 The Bank of Nova Scotia Dominica has a new Country Manager. Paula Harts of the Bahamas recently joined the staff at the bank's Hillsborough Street branch in Roseau, replacing Jim Alston who has retired.

"It's good to be in Dominica," Harts told the Sun last week. "I'm looking forward to the changes that we can bring, whatever it may be, to small, medium, large-whatever we can do."

Harts has worked with Scotiabank for 36 years, twenty-five of these in top level management; in the Bahamas she was director of retail, responsible for 20 branches in that capacity.

She holds an Associate Degree in Business Management and a Masters Degree from the University of the West Indies, Cave Hill campus.

What does Harts expect to bring to the job in Dominica? She says she is going to ensure that the Bank meets the needs of Dominicans.

"I am also going to make sure that service is par excellence-service is the key," she said. "Without the people there's no need for us. So we must take care of the people and serve them in the best way that we can".

Harts first visited Dominica in 2008 on a busy business trip and she hardly had time to explore the island.

Scotiabank opened its Roseau branch in 1988 and recently celebrated its 25th anniversary. The branch has 33 employees, according to its website.

The Bank of Nova Scotia is one of North America's premier financial institutions operating in over 50 countries; it offers a broad range of services including retail, commercial, corporate and investment banking.

While announcing the closure, then Scotiabank Dominica Country Manager Jim Alston said: "We are conscious that the consolidation or closure of branches can have a significant impact on our customers, colleagues and communities. This decision was not taken lightly and was made with careful thought."

Scotiabank said the closure came out of the bank's global review of its operating model and international distribution network. This review uncovered opportunities to streamline operations and also identified branches which were located in areas of slow growth.

Asked last week whether she would consider reopening the Portsmouth branch, Harts said not at this time.

"We would have to monitor the situation and see whether that is feasible," she said.