He set high standards for himself and others 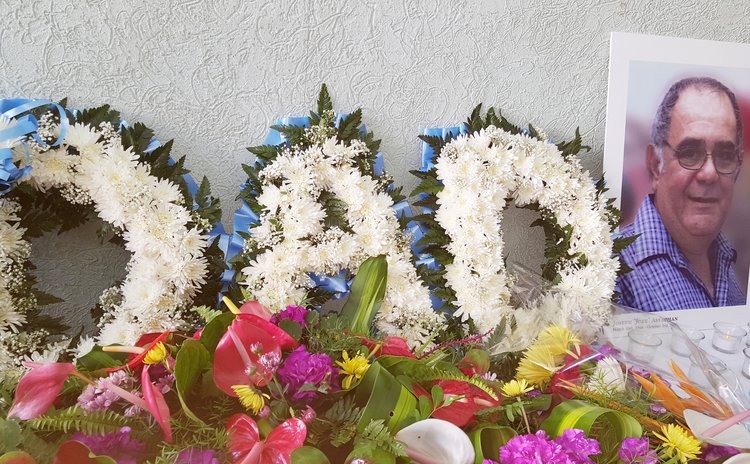 Joseph "Joey" Richard Anthony Astaphan was born on March 30, 1944, as the second child and first son of Lucille (nee Shillingford) and Raymond Astaphan. Raymond was the first Lebanese to break strict family codes/traditions and marry a non-Lebanese. The consequences were dire but being the skilled engineer and mechanic that he was, he prospered and did well for himself, his wife and all nine of his children, through the well organized and most successful garage and motor repair shop he ran, perched on the crest of the hill on Bath Road opposite the Convent High School.

From an early age Joey showed a natural propensity for fixing engines and machines of every description. His colleagues at St. Mary's Academy (SMA) in the mid-fifties remember feeling totally lost when he would talk to them about engine transmissions and radiators, carburettors, engine mounts, exhaust pipes and a million other terms and systems that only the best mechanics in town could understand. The new American Christian Brothers who had recently taken over the running of SMA apparently recognized his skills and talents and encouraged them in him. They also instilled in him and all their students a sense of spirituality, a love for sports through football and gymnastics and an appreciation for music and the arts through a vibrant glee club and musical theatre productions at St. Gerard's Hall.

By age 15 he was his father's chief assistant in the family business, handling heavy equipment and taking on major jobs even while still at school. But his big break came when a few years later he was employed by Dominica Coconut Products, run by his cousin, the enterprising and innovative Phillip Nassief. Through their incredible work in the mounting and maintaining of the DCP plant as one of the most successful enterprises in the entire Caribbean, the fame of the father and son team spread rapidly in engineering circles and soon they were in high demand throughout the region. When his father Raymond passed in 1985, Joey continued in his engineering profession rising to managerial prominence at DCP.

During all this Joey remained the easy-going, unassuming, jovial, generous, gifted, no-nonsense individual he always was, helping and encouraging persons from all walks of life along the way. At the same time he set high standards for himself and others and as such would waste no time in reprimanding slackers with a few well-chosen expletives.

In 1966 he married his childhood sweetheart, the lovely Constance "Connie" Hill, daughter of Gweneth (nee Shillingford) and Morris Hill. They had four children — Sharon, Richard, Sean and Donna and three grandchildren — Denzel, Zaida, and Nylah. They celebrated their 50th wedding anniversary earlier this year.

Joey had a great love for his wife, children and grandchildren, all of whom he kept close to his heart. The parties he most enjoyed were those when all family members were present, with sweet Calypso and Zouk music and lots of good food. He loved nothing better than sitting at the table, knife and fork in both hands, waiting to be served by his beloved Connie. He loved his country and its culture deeply and carnival was one of his favourite times of the year.

We will all remember his jokes and hearty laughter, his jovial disposition and smiles, his concern for our well-being and even in his quiet, humble way, the wonderful father and friend that he was. And every time we hear the roar of a new machine or a bulldozer at work or a carnival band in Lagon, we will remember him with love and holding back the tears, we will smile.

(The funeral service for the late Joey Astaphan was held on 13 October 2016 at the St. Gerald's Hall and burial followed at the Roseau Roman Catholic Cemetery)