"He was a guiding light and mentor to many" 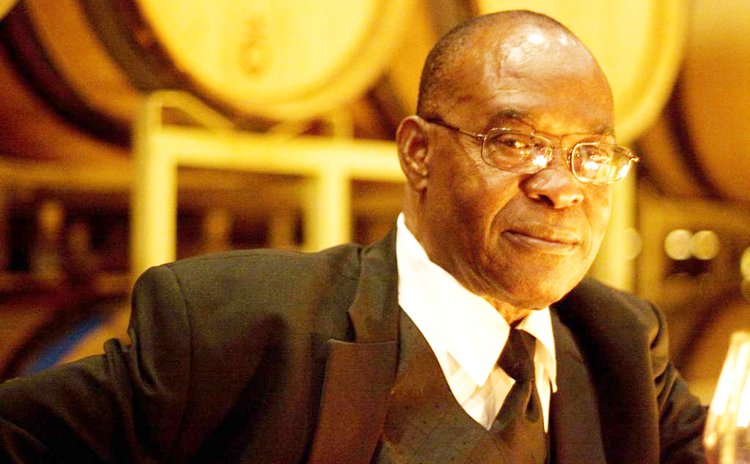 "We lost a father, a friend, a brother, a mentor, a man deeply committed to the service of his country. A man in full. We forgot that he could not live forever!"

Whilst the family of the late Evander Joseph are grieved by his passing they are comforted in the thought that his life was well lived in service, the pursuit of excellence and with pride.

Evander Joseph, those who knew him well considered him as one who garnered respect in all aspects of life. Bigger than the life he lived, during his earthly presence he had a great impact on the lives of the people he touched.

A tailor who eventually made his way into the police academy by sheer will, he ended at the initial journey by graduating top of his class in Barbados; since then his contribution to the Police Force has been deemed as "fervent."

A towering figure in the Police Force and legal fraternity, Joseph was affectionately called "Man- Man" in the Force because of his penchant to preface his speeches or discussions with colleagues with "Man-Man" one of his colleagues said.

Joseph rose steadily through the rank and file of the Police Force, assuming the post of Deputy Commissioner of Police and retiring while serving as the acting Police Commissioner roles in which he is said to have led with an independent mindset, unwavering commitment to rule of law and human rights.

Along his professional journey, he was invited to and completed many formal law enforcement positions. He was a member of Interpol and of the International Division of the FBI of the United States of America, to name a few.

Following his retirement, he took a position of Magistrate handling with efficiency and precision the country's inquests, a position he held until he was 81-years-old.

His deep commitment to his nation was reflected in his receipt of Dominica's Meritorious Service Award and the Lifetime Achievement Award.

According to his daughter, Dr. D'Andrea Joseph MD FACS CCM, her father, knew the importance of setting a positive example in the community. Publicly, he was deliberate in the way he carried himself. Though not outwardly boastful, he was a self-styled man of class.

"My dad walked this earth with the same poise we all perhaps have smiled when saying "Mister Boast-star boy!" It was a fitting term because it denoted a man of stature, pride, of unmatched delivery and ability."

Following his retirement from public office, Joseph continued his community-oriented contributions in the service of charity as he was a member of the Lions Club of Dominica for numerous years more than once as its president and on the Canefield Urban Council. As a devoted Catholic Joseph served the Dominica Association of Catholic Men (DACAMEN) both locally and regionally.

Joseph took on the challenge of aging in Dominica, serving as the president of the Dominica Council on Ageing (DCOA).

Though many regarded him as a strict disciplinarian, to his children they were equally accepting of the fact that much of their accomplishments came as a result of their strict upbringing, as Dr. Joseph noted. She noted her father's penchant for perfection and that made their home strict but loving.

Regarded as her "hero" she said for 30 years following the death of his wife, Joseph served as both parents.

"There are too many stories to tell. You would need a book. One of my striking memories is that of him going to school with a hammer to fix the nail that had torn the socks of my 7-year-old self. He figured out how to make us reach the success we are today. He could do anything," she told THE SUN.

Joseph's son, Wenmouth Joseph said his father demanded respect with his voice as he extracted excellence from his children with his examples.

"He was a guiding light and mentor to many. He loved his family endlessly and went without at times so they could have. He was human and spent his life atoning for his mistakes. He lived a fruitful prosperous life. In the twilight of his second childhood, he could've chosen to be in the United States but wanted to be in Dominica with his people. He will always be cherished by his family and respected by all."

President of the DCOA, Ophelia Olivaccè-Marie says the death of Joseph has left a void in the council and he will be missed.

Evander Joseph was laid to rest on June 4, 2021, at the Roseau Catholic Cemetery.