"He was a respectable man" 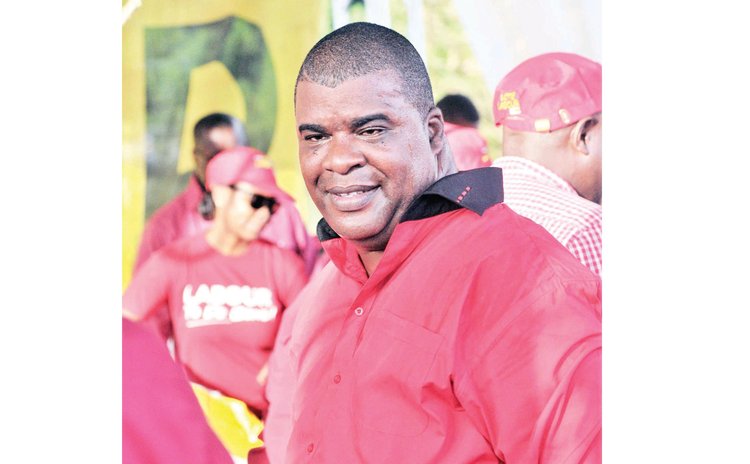 He attended the Grand Bay Primary School and then got a scholarship to attend the St. Mary's Academy. Upon completing secondary school, he was employed as an Agricultural Extension Officer, a job which he enjoyed as it gave him an opportunity to interact with farmers in the Grand Bay area.

As a young man, Ed was very involved in his church activities. He was a catechist for about 20years, a reader, and headed the Catholic Youth Movement (CYM) in Grand Bay. He also formed other youth groups in the community.

When he teamed up with the late Prime Minister Pierre Charles, himself an advocate for youth, Ed mobilized young people in Grand Bay and other communities to revive the National Youth Council (NYC) and then became its President. As head of the NYC, Ed got several youth groups all over the island to participate in activities in their communities. He led a delegation of Dominican youth to participate in the World Festival of Youth and Students in Cuba in 1997, the World Youth Assembly in Portugal, and indeed Dominica hosted the Caribbean Youth Festival in 1999.

In his own village, Ed was elected to the Grand Bay Village Council in 2005 and continued to serve until 2011. He had another stint in the Village Council from 2014 as chairman until he resigned in 2020 following his election to Parliament. During his tenure on the village council, Ed was responsible for several social, entertainment and economic activities. He helped to organize the activities for the St. Isidore village feast.

Apart from his community activities, Ed was gainfully employed at the Dominica Broadcasting Services (DBS) for a short time. He was also the Public Relations Officer at DOWASCO.

Ed was a fervent and loyal supporter of the Dominica Labour Party of which he served as its General Secretary. He was like the clarion call to all party supporters, especially during election campaigns. His booming voice could be heard in all corners of the various meeting venues. He served as a Deputy Speaker and Senator in the House of Assembly from 2014 and as Parliamentary Representative for the Grand Bay Constituency and Minister of State in the Ministry of Foreign Affairs, International Business, and Diaspora Relations from December 2019 until his passing on 14 September 2021.

He was a respectable man, gentle in manner, and quite responsive to the needs of the people of his community. When he entered the political arena, he did so with the sole intention of serving his community and country. He had many concrete plans for the development of Grand Bay.

Alas, he was called home before many of them could be realized.