Heads to roll on Saturday 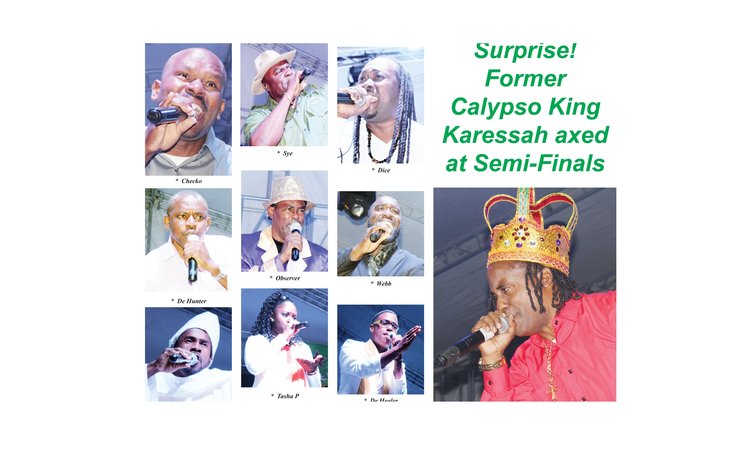 Nine plus One- Calypsonians in the 2019 Finals

Calypso King Daryl "De Bobb" Bobb faces nine other masters of the art form this Saturday at the Windsor Park Stadium forecourt in the grand Finals of the annual Calypso competition.

De Bobb will be defending his crown for the first time but other calypsonians, like eight-time monarch, Dice, may believe Bobb has warmed his seat for one year-too long. He will come with all guns blazing for Bobb's head on which he wears the crown.

And oh, Karessah, another former king, has made the job easy for Bobb this Saturday when he failed to make it beyond the Semi Finals. According to Mighty Logarz, the 2019 King of Stardom Tent who was crowned last night, Karessah has joined him in the family of calypsonians that forget their lyrics, like Ras Kelley and Prosper. By the way, we hear Karessah may announce on Saturday that he is hanging up his Calypso mike; will he take on the politician's megaphone?

Notable mentions for the Finals: Tasha P is the only female among the males (can she win again?); De Healer, a first-timer in the brutal Finals should have his First Aid Kit ready so that he can heal himself, or bandage the other heads, or egos, that will surely roll.

Banyan is also new to the Finals but he may be protected by the Almighty because he's "Holey", or so he says. Let's hope he has good shock absorbers.

But folks, the Calypso Final is a two –songs competition; men and women who face the judges with only one good song inevitably die young, before the night is over.

See you at the show.