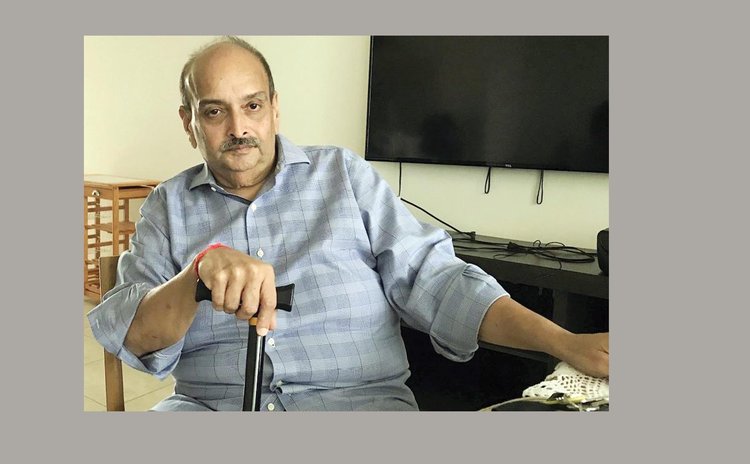 A "year of hell" has ended for Mehul Choksi, the Antiguan diamond merchant who had been facing illegal entry charges here, after prosecutors abruptly ended the case against him that dated back to 24 May last year.

Sherma Dalyrmple, the acting director of public prosecutions, advised last week that she was discontinuing the case, clearing the India-born Choksi of the charges.

"It was a year of hell for me. It was a year of drama [but] I got out of it," a relieved Choksi told The Sun during a brief conversation, preferring to limit his comments.

In a notice of discontinuance dated 17 May, 2022, Dalyrmple indicated that her decision to drop the charges was in accordance with the provisions of section 72(2)(c) of the constitution. This section states that the DPP has the power "to discontinue at any stage before judgment is delivered any such criminal proceedings instituted or undertaken by himself or any other person or authority."

She gave no reasons for her decision, although this did not deter supporters of the India-born Choksi, who purchased Antiguan citizenship in 2017 under that country's citizenship-by-investment programme.

"At the end of the day it matters not how you reach the finish line, once you reach it," one supporter told The Sun.

Local police had claimed that Choksi, who is wanted by Indian judicial authorities in connection with a US$2 billion bank scam involving India's Punjab National Bank, entered Dominica illegally at Toucarie Beach on the island's northwest coast on 24 May.

However, the diamantaire has maintained from the very beginning that he was the victim of a well-planned and executed abduction by Indian officials and with support from law enforcement in Antigua and Dominica.

In an interview with The Sun last August, mere days after the high court here had allowed him to return home for medical treatment, Choksi described in graphic detail how he was kidnapped from his home, beaten, tasered, gagged, placed in a wheelchair and taken to a yacht to be transported to Dominica.

After arriving here around mid to late morning on Monday 24 May, he was kept on the vessel until sometime around 11 p.m. when he was transferred to a Dominica coastguard vessel and taken to the Cabrits terminal, two miles south of Toucarie, he told The Sun at the time.

"I was pushed off [the yacht] . . . to the coastguard boat, I was put in the cabin and the coastguard police had taken me over . . . and I was taken to a marina jetty called Cabrits - this also I came to know later. I was taken on the marina and there were lots of police waiting for me and I was brought to the end of the jetty, I was made to sit there for a few minutes and then somebody walks up to me . . . and he said that 'I'm the police chief of Dominica and we are here to arrest you because of [a] red alert against you," he said then.

While Dalrymple did not explain her decision, several sources familiar with the case have confirmed to The Sun that a report by the Antigua police dating back nearly a year had forced the hands of prosecutors here.

"On the 25th of June 2021, the Antigua police released a report which basically said that his version of kidnapping was credible. And it was on that basis of that document which was being utilised in the Antiguan proceedings and which was brought to their attention that all of this [dropping the charges] happened," one person told The Sun. 'So in other words, you're left with no other choice."

"Had they proceeded with this matter in court, the governments of Dominica and Antigua would have been exposed for the part they played in all of this," added another source.

In the 19-page report, the Antigua police concluded that as the probe progressed "the more the facts are aligning with Mr Choksi's version of the events that led to his appearance in the state of Dominica.

"The plethora of real and circumstantial evidence makes it clear that a case of kidnapping with broad collusion among multiple conspirators exists," the lawmen wrote.

This appears to support Choksi's claim in the interview with The Sun that the governments of Antigua and Dominica, acting on the request of Delhi, were involved in cross-border kidnapping.

It's not immediately clear why the report was kept under wraps for eleven months, or why the DPP chose to drop the charges at this time.

However, one person close to the situation told The Sun that over the past two months there was greater urgency by the authorities both here and in St. John's to put the matter to bed.

"They had to come out with the police report because they couldn't hide away and this led Dominica to surrender, and Dominica got out of it because all the lies that they put up they want to run away from all of this," said the person who requested anonymity because of the delicate nature of the subject. "This is all face-saving for them."

-By Johnson JohnRose and Ronalda Luke