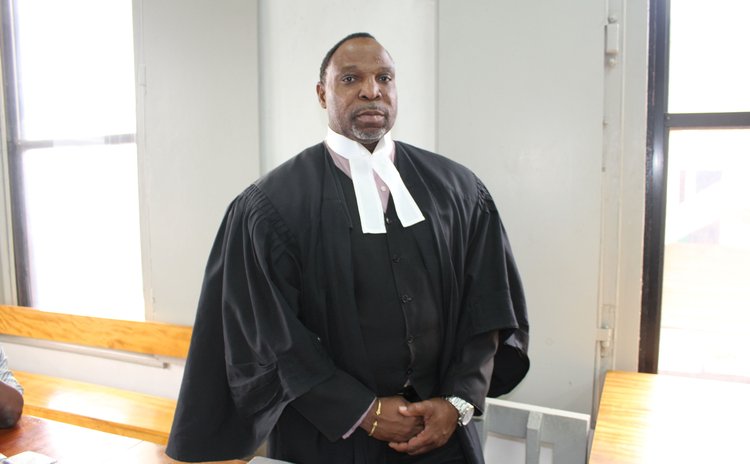 Evalina Baptiste, the Director of Public Prosecutions, has dismisses suggestions that Trinidadian lawyer Keith Scotland who is attached to the DPP's office and is currently assisting in the prosecution in criminal cases at the high court is not needed.

"We have lots of cases and we have new people now attached to the office of the DPP. We cannot just prosecute with what we have. We cannot prosecute with just what we have at the office of the DPP," Baptiste said. "So we felt that we cannot bring down the state of prosecution in Dominica to the extent that we have mostly junior lawyers. As a result, we had to take this decision prosecution is not an easy task; we have lots of work to do, it's not just coming to court."

Baptiste continued: "CID (Criminal Investigation Department) is calling me all the time for advice on several matters. We have the Chinese matter which is huge, lots of murders. Crimes now are much more sophisticated. We have to do lots of management work and people must understand that we don't just go to court. We have to deal with witnesses regularly and speak with them, plus prepare the files. The matters now coming to us are very complex and it takes time and resources plus staff to deal with them plus we have the criminal session which is always ongoing. We also have to make representations on matters of judicial review which deals with us. We need all the help and assistance that we can get."

Meanwhile, Baptiste has disclosed that the State will oppose another application for bail filed by police officers Martin Seaman, Gemma Louis and Delvin Challenger. The officers have been charged with the murder of Joshua Etienne who died in police custody at Portsmouth.

In May 2015 high court Judge Errol Thomas dismissed the police officers application for bail. Reports are that witnesses are changing their stories, and Baptiste said "we are worried and concerned about what we are hearing in this matter, it is very disturbing."