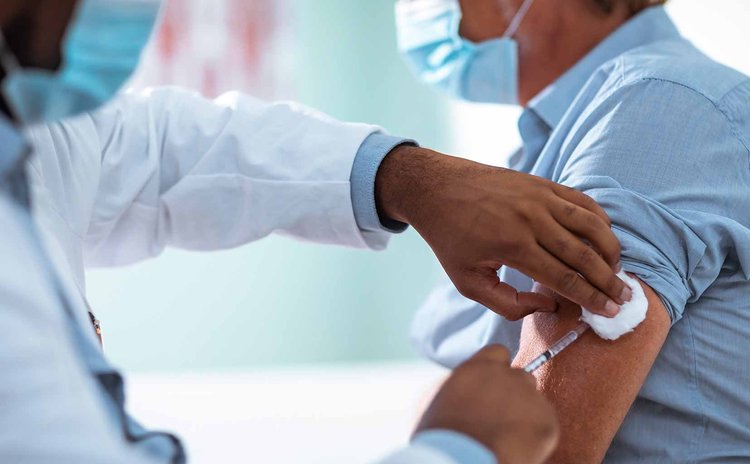 An elder couple, the husband is 85 and his wife is 76, from a west coast community took the AstraZeneca jab last week at the Dominica China Friendship hospital and the Roseau Health Centre.

"By God's grace we will receive the second doze next month," the wife said on a social media post. "So get vaccinated. Thank India and China for providing vaccines".

That's the sort of testimonials that the Ministry of Health is hoping for because, by August 2021, Dominica hopes to be the first country in the world to obtain herd immunity to the COVID-19 virus when 71% of the population is vaccinated, Chief medical officer Dr. David Johnson said at a press briefing last week.

"We think, we really think, that we can achieve this milestone by August this year," Dr. Johnson said. "We are very optimistic, extremely optimistic, that Dominica can be one of the first countries to reach herd immunity in the region or the region and the world. They're looking closely at what we are doing in Dominica".

With this publicly stated ambition, health authorities in Dominica must have been worried that more than two months after pharmaceutical giant AstraZeneca and Oxford University scientists released their COVID-19 vaccine, countries in Europe and elsewhere are pausing its use amid disconcerting reports that a small number of recipients have experienced blood clots, some of them fatal.

But that news was especially disconcerting to the more than 14,500 Dominicans who had been jabbed with the AstraZeneca vaccine and the thousands more who were waiting their turn.

"The Ministry of Health as you have heard has followed very closely recent concerns raised at least in the international community about a blood clotting events surrounding the AstraZeneca vaccine," Dr. Johnson said. "Dominica public health response to any public health issues is always guided by the best available evidence."

What is clear is that it is not clear yet whether the blood clots are related to the vaccine or not. The World Health Organization (WHO) says the benefits outweigh any potential risks, and on March 18, the European Medicines Agency, which oversees drugs and vaccines in Europe, came to the same conclusion after reviewing the reports.

While the EMA determined that the vaccine was "safe and effective," it did note that it would continue to monitor side effects.

At the press briefing on Thursday, Dr. Johnson reassured the public that the AstraZeneca vaccine is safe and that the batch of vaccines that Dominica received from India is not the same that Europeans have been using.

Nevertheless, Dr. Johnson wants anyone who has received any of the COVID-19 vaccine given in Dominica "you are encouraged to report any adverse events following the vaccination to your health care provider."