Here's a thought for Independence 2021: Nothing can be changed until it is faced 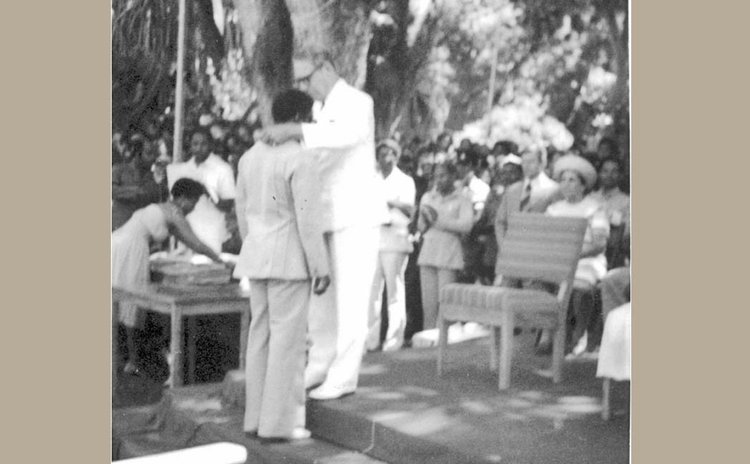 When Dominica became independent in 1978, the nation was then experiencing failing agriculture, insignificant levels of manufacturing, a tourism industry not even on the horizon of viable development, a system of education that produced functional illiterates and two political parties fighting over a tiny, severely underdeveloped island. Hurricane David ravaged the island less than one year after independence.

Forty-three years later, in 2021, this nation is still experiencing an abysmal under-productive agricultural sector, strikingly inadequate manufacturing, a tourism industry still in its pre-teen stage, a functionally illiterate population in need of liberation from party political mental slavery, a system of education where many students graduate from secondary school unable to read, write or reason, a country where frequent mega-storms powered by climate change pound into submission weak infrastructure (and yet we repeat the mumbo-jumbo of becoming the first climate-resilient nation in the world), a country that is "not a real country" where two political parties are continuously fighting over the small and shrinking island-nation. Four years ago, Hurricane Maria almost blew the country away.

We've said it before and we will repeat: that our leaders here and in the Caribbean, are all insane to be doing the same thing decade after decade and yet expect a different result.

Dr. Carolyn Cooper wrote recently in The Gleaner, in an article she called "Jamaica Governed by Insanity" that "Albert Einstein is often credited with this famous saying: "Insanity is doing the same thing over and over again and expecting different results."

"As it turns out, the world-famous physicist wasn't the one who conceived that witty sentence. The Business Insider website reveals that it was the mystery novelist Rita Mae Brown who put those words in the mouth of her fictional character Jane Fulton. The origin of this insightful statement really doesn't matter. We don't need a genius to tell us it's absolutely true. Is pure common sense!"

Indeed, Dominica has taken a few steps forward since independence 43 years ago. But let's consider this question free from politically tinted glasses: how many strides have we made backwards since 1978?

As Dominica celebrates its 43rd anniversary of independence, the island is undoubtedly enduring its worst crisis since 1978. The economy was in a coma before the Covid-19 pandemic hit-it is now near death.

Nevertheless, despite these mountains of problems we have made some positive progress over the last 43 years. We have, admittedly, taken a few steps forward but many strides backwards. This is most evident in areas of culture, sports and music. But if we are honest with ourselves, we will agree that countries like St. Lucia that attained independence about the same time as we did seem to have left us breathing their exhaust fumes on the highway towards economic independence.

As we reflect on the past 43 years as an independent country we need to ask a few questions: What are the reasons for our failures? Why social breakdown is manifested in violent crimes and the delinquency of our youth? Why do we distrust the institutions of the State such as the police, the courts, the Electoral Commission and the Cabinet? Why is there so much corruption that it now appears to be as normal as sunshine and rain? Why is the pace of progress now as slow as the crawl of an injured ariri? Why are we the only Caribbean island still talking about an international airport, 43 years after independence, and why, in spite of admitting that this proposed international airport is the biggest project since independence, the details of its construction are still as opaque as midnight in the darkest parts of the Wesley mountains, where the airport is to be constructed? Why do supporters allow politicians to do that injustice to the psyche of their people making them believe that they have absolutely no input in their destiny?

And why do intelligent and educated people do not see that Dominicans are deluding themselves when they see mud and say it's gold; when there is an obvious in-your-face strategy of keeping Dominicans blissfully ignorant; when so many believe that up is down and that down is up. Are these passive people rationalizing that "where ignorance is bliss, 'tis folly to be wise?"

Probably some other silent people have taken literally Trinidad's Sugar Aloes' Calypso: "I Plead the Firth" in which he correctly contends that "you get a government you deserve."

Unfortunately, we observe independence in the middle of the toughest economic conditions that this young nation has encountered over the past 43 years. These predicaments have posed severe challenges to our proud and independent people who have witnessed the slow ruin of our economy over the past decade and more. If we are to progress, Dominicans must confront the nightmare of having to live in an economically devastated county in which thousands find it extremely difficult to earn a decent standard of living.

Additionally, as we list our unfinished work we will understand that much more has to be done if we are to consider ourselves independent. Of course, independence celebrations generate a certain level of patriotism but patriotism is much more than raising flags or standing at attention for the singing of the National Anthem.

Patriotism means respect for self, for others and for the country; patriotism requires an acknowledgement of the current social and economic crisis and a determination to partner with everyone, blue or red, to pull ourselves up by our own bootstraps because patriotism has no political colour.

And enough already of this nonsense that we must always say positive things about Dominica. To paraphrase one of James Baldwin's statements about his country, we must always love Dominica more than any other country in the world and "exactly for this reason… insist on the right to criticize her perpetually."

Baldwin, the African American author of the world-famous 1963 book "The Fire Next Time", also made another profound statement relevant to an acknowledgement of our developmental failures as we observe Independence 2021.