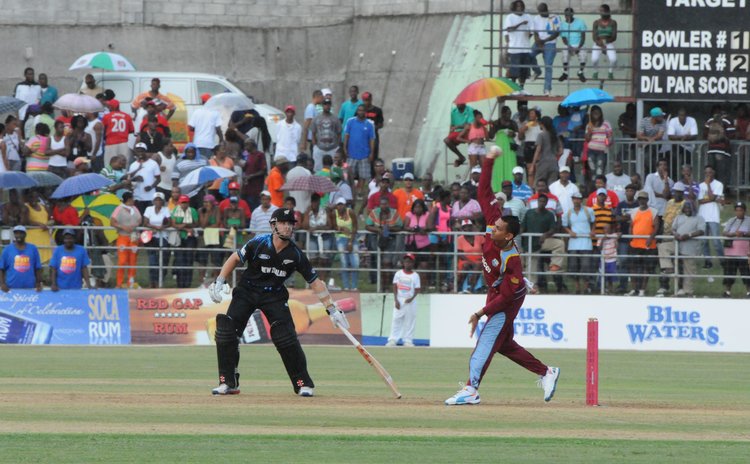 GEORGETOWN, Guyana – West Indies started the Ballr Cup Tri Nation Series on a high with a solid victory over South Africa in Match 1 on Friday at Guyana National Stadium.

Sunil Narine bowled brilliantly to record career-best figures of 6-27 off 9.5 overs – the best figures by a West Indian spinner – which earned him the Man-of-the-Match award.

The Proteas were dismissed for 188 off 46.5 overs in the first day/night One–Day International at the ground.

In the second half, Kieron Pollard guided the innings with a mature knock of 67 not out off 67 balls, including six sixes. He rebuilt the innings in a crucial fifth-wicket stand of 74 with left-hander Daren Bravo, who made 30.

After the match, Head Coach Phil Simmons spoke to members of the media. Details for this download are available below.

West Indies will have a training session on Saturday afternoon as they prepare for Match 2 against Australia on Sunday. First ball in the day/night match is 1pm (12 noon Jamaica Time.)