High Court to re-open in October 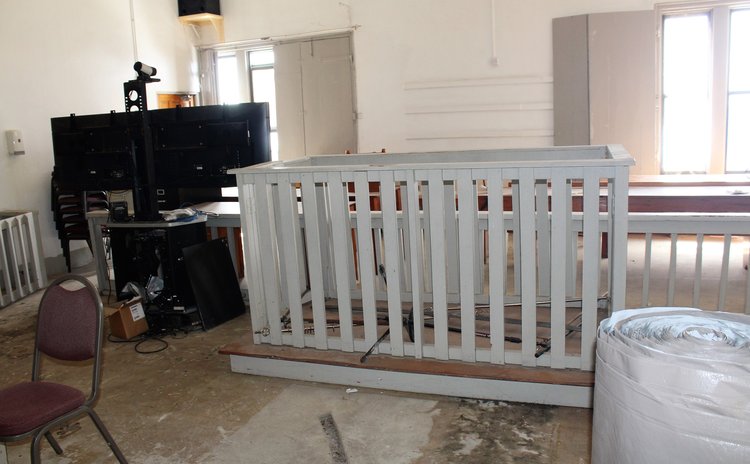 Director of Public Prosecutions (DPP) Evelina Baptiste and National Security Minister Rayburn Blackmore have confirmed that the criminal session of the High Court will officially open in October.

Lawyers have been complaining about the delay in the opening of the court disrupted by Hurricane Maria in September 2017.

In June the Dominica Bar Association wrote to Blackmore about the delay in the reopening of the High Court and lawyers here said the lack of a fully functional court system in Dominica nine months after Hurricane Maria was extremely frustrating.

Bar Association president Mary Roberts said then that: "As the Bar Association, we have written to the relevant authorities, we have staged a walk. We are fed up and the building although covered is leaking. The time for doing something has come and gone; we are now nine months after Hurricane Maria…I am not at all surprised at what is going on, the building is not ready and everyone is passing the buck."

In February, another complaint from lawyers was the presence of mold in the High Court and Registry caused by Hurricane Maria. In a letter to the ministry of Justice, the Dominica Bar said then that it was "particularly concerned" about the condition of the building housing the high court, registry and law library after the storm.

"We are not satisfied that the conditions are at all suitable for the continued use of this building in its present state. Where the health of Registry staff and users is concerned, no delay should be tolerated," the letter stated. "While assurances have been given that the necessary steps will be taken to improve the state of the building, the matter is urgent and must be dealt with urgently".

But last week Baptiste told the SUN that the court and her department were all set for the assizes.

"We having been going through the files and getting them ready for the opening. Also, we are doing our necessary work for the Court of Appeal sitting in October which will be followed by the opening of the Criminal Session of the High Court," Baptiste said.

Last week too, National Security Minister Blackmore said the Ministry of Justice has responded to the need for more magistrates and has increased the number of magistrates on the Bench.

"Over the years we have appointed a number of magistrates to the Bench and for the first time in Dominica's history, we have a full complement of magistrates now seating on the Bench," he said.

According to Blackmore, the ministry has decided to have Magistrate Bernard Pacquette transferred to Portsmouth, district "G" to replace Arley Gill who has since left the jurisdiction.

"The Criminal Session of the High Court is set to open in October after the sitting of the Court of Appeal in Dominica from October 1-5, 2018. Work at completing the repair work to the high court which was extensively damaged during the passage of Hurricane Maria on September 18, 2018 is now well advance and we expect to have it completed in time for the October sittings," Blackmore stated.

He continued: "Law is the cornerstone to every society and to this end the Ministry of Justice is working continuously to ensure that this is maintained."

He also stated that the residence of Justice Victoria Charles-Clarke destroyed by Hurricane Maria has been repaired.

Justice Charles- Clarke presides over the criminal division of the High Court in Dominica.