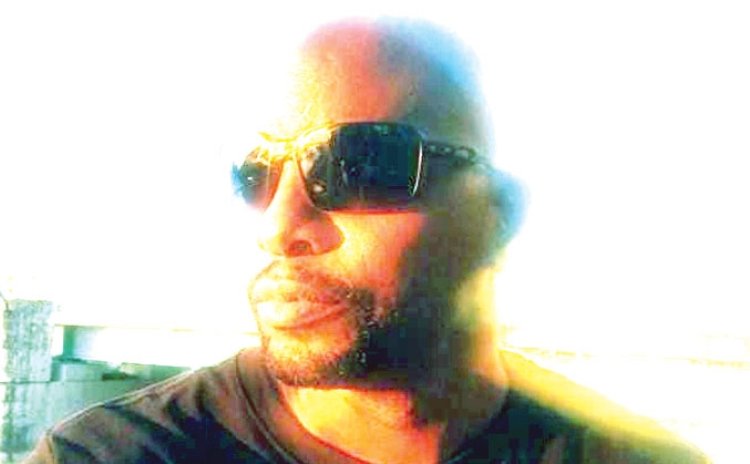 His family roots are well spread out with his Mom coming originally from Grand Bay, his dad from Kòkòy country Wesley, while he was born in Campbell but raised in and around Roseau. Sports is one of his passions, he is one of Dominica's multi-sports personalities and has distributed his energies among no less than five (5) competitive team sports. Yes, that is the man, the highly athletic McRonald "Mackie" "Jumpman" James.

Although Mackie has retired from most competitive sports, his portfolio once bulged with athletics, basketball, cricket, football, and volleyball. And for this, he credits Oswald "Ossie" Savarin, former Sports Master at the Dominica Grammar School who later served as Sports Co-ordinator within the Ministry responsible for sports development.

In addition to his hefty spiking in the local league, he also played with a Division I team in Switzerland, VC Kloten Zurich, and with Club MVP Miami in Florida, USA.

Football: On the football field Mackie played with Saints Football Club then Kensborough United in the Dominica Football Association league competitions. He had earlier represented DGS in the Schools League, and Dominica in the "Interschools" Tournament and on the National Youth Football Team.

Mackie in the Basketball Arena: Performing his balancing act with and apportioning his time among several sports Mackie revealed that in 1988, at the teenage age of 13 years-old he got involved in competitive basketball "through the urging of coach 'Ossie' Savarin at the Dominica Grammar School (DGS)." His first competition was representing Dupigny House in the DGS Inter-House Basketball Competition. Thereafter he represented Dominica Grammar School in the Secondary Schools Basketball League organized by the Sports Division and Dominica in the Windward Island Schools Games.

Mackie, a former Mr. Power/Dominica, later entered the arena of the Dominica Amateur Basketball Association in the early 1990s, and would go on to play for two teams from the same club.

In 1993 and 1994 he played with Flames Intermediate in Division II where he was a regular high or top-scorer. For example, in 1993 he netted 27 Pts vs Pacers and 11 versus Hoyas II, among other scores. The following year, still relatively hot, he sank 23 vs Cowboyz, 22 vs Dubique's Stars, 21 against X-Men and Clouds II.

Come 1995 and then playing among the 'big men' in Division I, he contributed a reasonable 19 points for Flames (senior), against Clouds (Senior).

The national league team that McRonald enjoyed playing against the most was Georgetown Hoyas mostly because of the rivalry, their players were his peers, they were competitive, and he enjoyed the trash-talking between their teams.

Apart from his involvement in the National League James, who played in the Guard position and whose favourite shot was the 'fade-away', also played in the inaugural edition of the Roseau Improvement Committee Basketball League on Macs, together with Derek Alexander, D. St. Hilaire and others. He helped Macs defeat St. Mary's Primary 72-62, top-scoring with 26 points.

The high-energy player that Mackie was, the basketballer on the local scene that he looked up to the most was Fletcher LeBanc - mostly of Cardinals fame, but who also played with other teams - being impressed by LeBlanc's high-octane style. And when asked whether there was any player overseas that he admired he was quick to respond, "His Airness Michael Jordan of NBA's Chicago Bulls fame, of course." James had practiced and made all of Jordan's dunks! "Except the Free-throw Line dunk, of course," he added.

His most influential basketball (and other sports) coach was Ossie Savarin.