Hillary Shillingford strikes back after an agricultural trip to Guyana, at the invitation of Prime Minister Roosevelt Skerrit, ignites a firestorm of criticism from UWP supporters 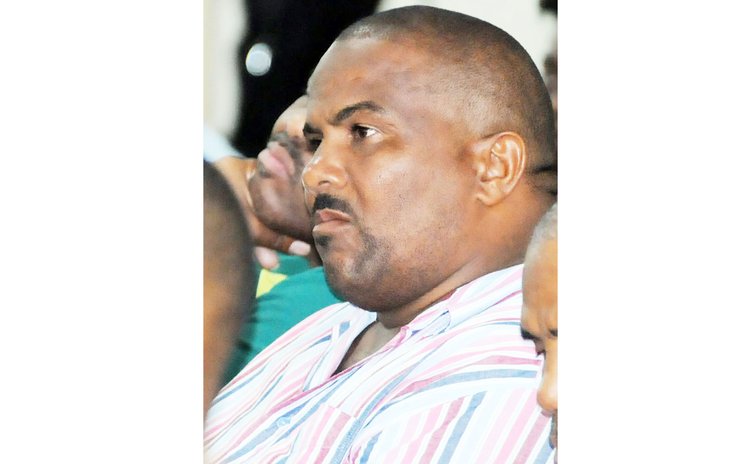 A four-month-old trip by one of the United Workers Party (UWP) supporters with Prime Minister Roosevelt Skerrit has stirred trouble in the party's camp.

Earlier this year–May– Electoral Commissioner HilIary Shillingford joined Skerrit and other government officials in Guyana at an Agri-Investment Forum and Expo. Following his trip, many accused the farmer of being "purchased" by the government. These accusations again surfaced last week which prompted a response from the Shillingford.

In a now widely circulated voice message, the UWP nominated Electoral Commissioner denounced his support for the party.

"I am an independent man, I don't have to go to Skerrit or Linton for anything," Shillingford declared. " I don't bring my plate to anybody and I have never begged anybody for nothing. Skerrit has never approached me and asked me to support him and if I want to support Skerrit nobody can stop me."

He added: "People must trust nothing UWP says because if they can lie and make stories where there is nothing that exists then it clearly shows everything they say about Skerrit is a lie."

Dr. Fontaine: we need to grow up

Many, including former UWP Senator Dr. Thomson Fontaine voiced his support to Shillingford condemning attacks against him.

"I am disappointed that Hilary Shillingford had to be put in a position where he had to defend himself from accompanying the Prime Minister to a CARICOM meeting on agriculture. I find this to be absurd that people would somehow accuse him of doing something wrong," Fontaine posited.

"This is not a conflict of interest, it does not conflict with his work as a Commissioner. Hilary is one of the biggest farmers in Dominica and if he is looking actively for a market and if it is the Prime Minister that makes way then why not. We need to grow up in Dominica because we have allowed politics to get us to a point where we are not thinking straight," the now Policy Advisor to the government of South Sudan declared.

A member of the party who spoke to The Sun on the condition of anonymity laid blame on the certain supporters who he says bring discord within the party.

"There are people who claim they support the party but publicly they do more harm than good with their public rants. No one will be swayed to join a party where it appears that members are each other's worst enemy and the party's dirty laundry is aired in the public domain. There is a big difference in constructive criticism and stirring controversy which bring distraction and embarrassment to the party," the party supporter said.

Meantime, political scientist and general secretary of Dominica's newest political party, Team Unity Dominica (TUD), Alex Bruno contends the discord between the UWP is simply due to lack of political maturity among the party's members and supporters.

"They allow things to fester for too long and they do not nip things in the bud before it gets to the point that things are out of control," he told The Sun.

The former political advisor to the party says, the public rants will not benefit the UWP in its quest to gain power and exposes political knowledge that the members of the party lack.

"It is sad, very, very sad to see members and supporters of the party find the best resort is to publicly ventilate the issues that they have with the party. We do not seem to know how best to ventilate our political views by agreeing to disagree and never ever divulging internal partisan matters to the public," Bruno said. "This affects the party tremendously."