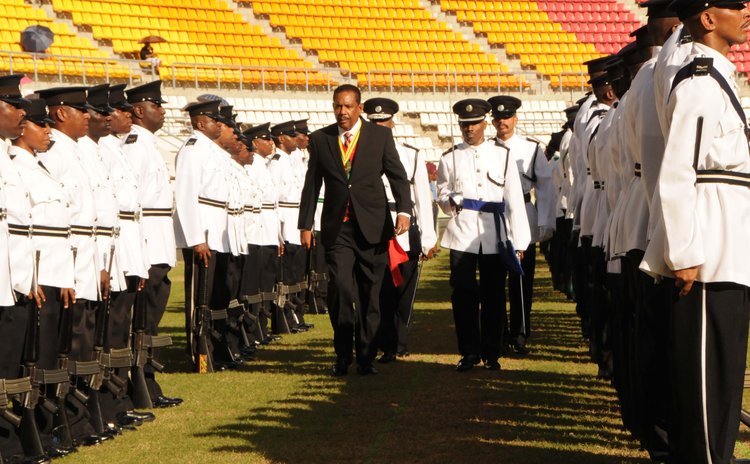 Roseau Dominica, Friday, July 08, 2016—The President of Dominica His Excellency Charles A. Savarin and Mrs. Savarin will represent Dominica at the funeral service for the late Patrick Manning, former Prime Minister of Trinidad and Tobago.

Manning died of acute myeloid leukemia on Saturday July 02, 2016 in San Fernando where he was born. He was 69.

The funeral service is scheduled to take place tomorrow Saturday July 09, 2016 from 10:00am at the Holy Trinity Cathedral in Port of Spain. A private burial by the Manning family will follow.

Patrick Augustus Mervyn Manning was Leader of the People's National Movement and became Prime Minster of the twin island nation from December 1991 to November 1995 and again from December 2001 to May 2010.

As a mark of respect, admiration and to celebrate the life of the former Prime Minister and regional leader, the Government of Dominica has afforded two days of national mourning to the late Manning.

In keeping with protocol to mark the period of mourning, the flag of Dominica was flown at half-staff on all public buildings in the State today Friday July 08, and tomorrow Saturday July 09, 2016.