The Old Prison was built during the French Occupation of Dominica 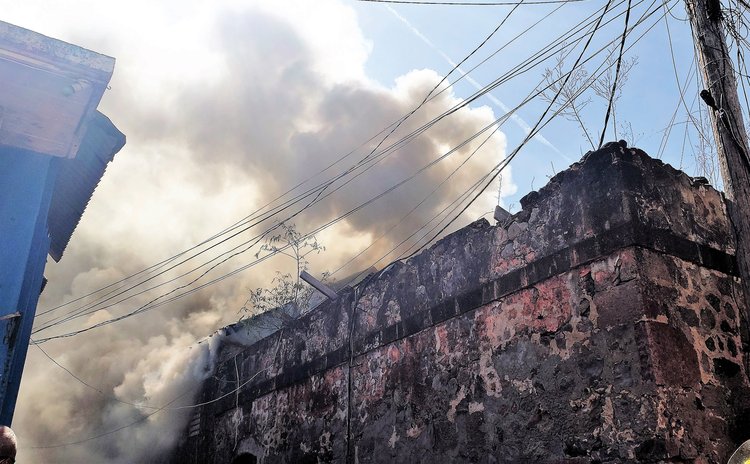 "It was the only prison in Dominica until 1784 when the new prison was built on the top of King George V Street", states a poster attached to the two-foot thick walls of the building by the Ministry of Tourism.

The poster says the Old Prison was built in the 1750s on John's Lane, one of the few remaining cobblestone streets in Roseau.

Belonging to Garraway Enterprises, the building stored vehicle parts, paints, and other materials downstairs and upstairs was a dwelling home occupied by Roderick Rolle. "The damage appears to be quite extensive," said proprietor Larry Bardouille. "We thank God that there were no lives lost."

As smoke and flames billowed skywards, turning John's Lane into a thick impenetrable carpet of grey, firemen also battled the blaze on the adjoining Hanover Street in a building owned by Jackeline Lancaster- Prevost near the studios of Q95 FM.

The "Crew Café Restaurant and Bar" occupied downstairs; upstairs was unoccupied, Lancaster-Prevost said. The cause of the fire and the cost of the damage have not yet been released.