West Indies battle to a draw in first Test against England 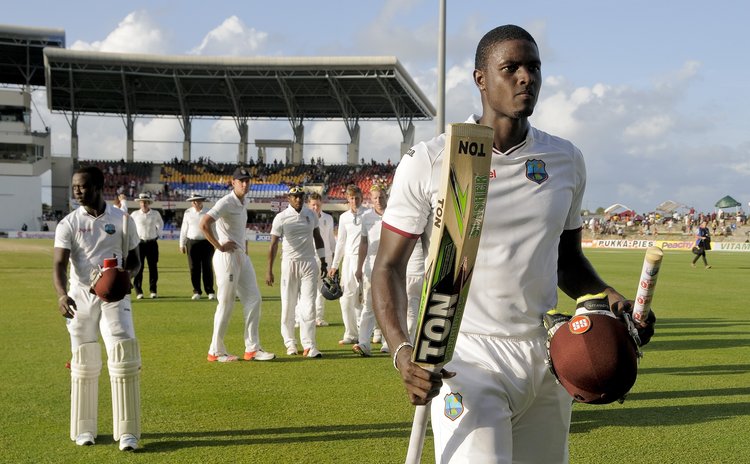 NORTH SOUND, Antigua – Jason Holder struck a superb maiden first-class and Test century to guide West Indies to a hard-fought draw in the first Test against England at the Sir Vivian Richards Cricket Ground, on Friday.

Holder earn the Man-of-the-Match award and shared a resolute seventh-wicket stand of 105 with captain Denesh Ramdin, who made 57 off 141 balls. They pulled the West Indies around from 189-6 in the middle session. After Ramdin departed, Kemar Roach joined Holder and batted well for 75 minutes to make 15 not out.