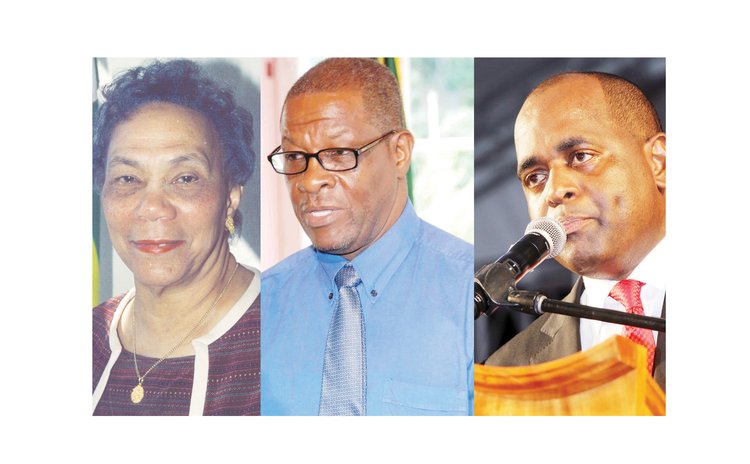 One person who has been deep in the bowels of prime minister Roosevelt Skerrit's Dominica Labour Party (DLP), part of his cabinet and the collective responsibility that goes with it, dismissed the prime minister's latest international airport pledge with a lengthy, disdainful, scornful sucking of the teeth.

Then, after a split second came the exclamation mark.

Skerrit had last week said on the state-controlled DBS Radio he had set aside "over $200 million" from the under-fire passport sales programme, the citizenship by investment programme, for the oft promised jet airport.

"There are some in the opposition who want to scoff, to laugh at our movement towards the international airport, but at no time in the history of this country that any government has shown any real seriousness, outside of Eugenia Charles government who had an arrangement with the United States government to assist with earth movement.

"And even Miss Charles in her day did not have a dollar beyond the commitment to build the airport, but we have about $200 million available to start and once we address the issue of land acquisition then were moving full throttle with the international airport," the prime minister boasted.

The DLP's airport pledges have been a recurrent election theme since 2000, and Skerrit has made it a key campaign promise since taking over. In fact, in November 2013, a little over a year before the last election, he reportedly signed a US$300 million agreement with the Chinese firm, Anhui Shui An Construction Group, to include construction of the airport at Crompton Point.

Less than a month later, he boasted of the presence of a delegation from the company "to visit the site, to review documentations" in preparation for the signing of a memorandum of understanding, after which "we will engage the firm in further discussions as far as cost is concerned".

With no progress since, not even those who have walked side by side with the prime minister in his cabinet believe any good will come of his latest promise.

"In my opinion, no," one person responded when asked if Dominica will ever have a jet airport while Skerrit is prime minister, although he said the prime minister "might start something" to give the impression that he is serious.

Skerrit's charge that no other government has shown any real seriousness about an international airport is all trumpery, according to United Workers Party (UWP) operatives who spoke to The Sun on condition of anonymity because they were not authorized to discuss the issue.

"We bought the land, we did all the studies and everything, it's just a matter we didn't get to start the job," one of them said, something Skerrit acknowledged in the last DLP manifesto where he had promised to build the international airport this term with help from China, and that lands purchased at Wesley by the UWP while it was in government between 1995 and 2000 would be used for "urban expansion and industrial sites related to optimizing the use of the new airport".

Another UWP member described Skerrit as "a man with a petty little mind", and since the site identified by the UWP is the most suitable, he will never build the airport.

"In Mr. Skerrit's mind, any time an international airport is built in Dominica it will always be associated with the United Workers Party because it has to be built on this site."

Crucially, this person told The Sun, Skerrit must state explicitly where he will build the airport, and the basic minimum he needs to begin work.

"You cannot build a facility like that unless you have a development plan and a financing plan. Where is the financing plan? Let me know where the Government has the land, the site to build the airport, and show us the studies – the environmental studies, they hydrological studies."

A jet airport is estimated to cost $1 billion, "with astronomical maintenance and operating costs" which the country simply cannot afford, businessman Gregor Nassief had told The Sun in a 2014 interview.

And earlier this year, in a speech at a Dominica Association of Industry and Commerce luncheon, Dr. Denzil Douglas, the former prime minister of St. Kitts, also spoke about the cost and implications of a jet airport.

"Constructing airport facilities that can handle long haul flights by international airlines will be extremely costly, and would likely require, as was the experience in St Vincent, the levelling of hills and the filling of valleys — in other words, a complete re-structuring of nature's carefully constructed topography," he said, while questioning whether this would be in synch with Dominica boast of being the nature island of the Caribbean.