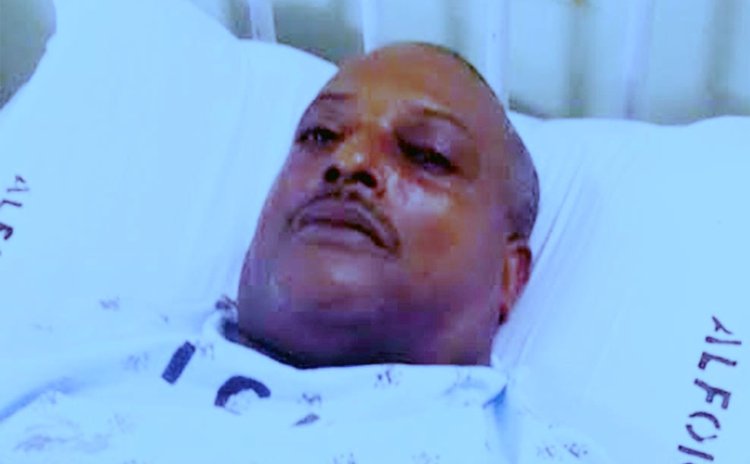 Baron on a PMH bed

Richard Baron of Petite Savanne has survived a massive landslide following the effects of tropical storm Erika. Baron and his family were one of the many residents of that community whose home was washed away by a landslide but he and his entire family survived.

On Friday Baron was admitted to the Princess Margaret Hospital (PMH) suffering with pain from his waist to his feet.
From his hospital bed Baron described his experience on August 27, 2015.

He said that about 5:30 in the morning one of the many landslides damaged the home of an elderly woman. She took refuge in Baron's home. As it continued to rain trees and soil from the mountain fell behind the house. It also flooded the building.

With the help of his son Chad, Richard Baron shovelled debris to allow water to flow.

Whilst shovelling the debris from his yard Richard told Chad to keep an eye on the mountain and to alert him if he saw land and trees moving.

Then Chad began screaming "Daddy! Daddy !"When Richard looked up he said he saw trees and rocks rolling towards him, his son and his house.

"The trees and the mountain was coming down on us. We tried to run. When we were running it collided with us and it threw us to the ground. We were just gliding down more than 30 feet covering us up," he said.

Baron said that whilst the landslide was carrying him and his son away, he tried to hold on to a pillar but unfortunately he could not. His second option was to grab a tree to pull himself up from the debris.

Richard tied to save the children and the other people who were stuck in the house covered by the landslide. But he was unable to open the door to rescue his family. Then God sent two angels who managed to burst the door open, Richard said. However, another landslide blocked their only escape.

They decided to move down the mountain but that involved the crossing of a ravine. The men found boards from the house and placed it over the ravine but the water quickly washed it away.

Again, Baron said, God helped by causing the water of the ravine to subside. They then walked to safety.

Baron is currently nursing a broken leg and severe back pain.