How Democracy Dies: The Case of The Commonwealth of Dominica 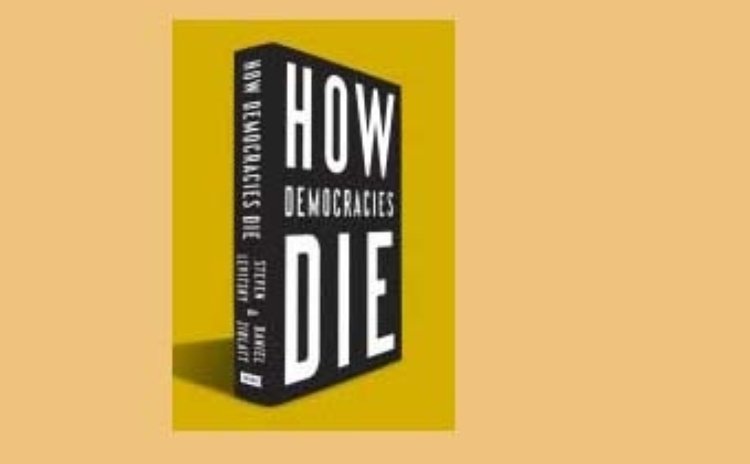 Read "How Democracies Die" by Steven Levitsky and Daniel Ziblatt and you are guaranteed to shiver because the signs of the slow death of Dominican democracy stares you in the face in broad daylight. The New York Times Book Review says "How Democracies Die" is "Comprehensive, enlightening, and terrifyingly timely"; the Washington Post added that the book is "Cool and persuasive… "How Democracies Die" comes at exactly the right moment."

The signs of the death of democracy that Levitsky and Ziblatt outline in the book is apparent everywhere in Dominica for those who have eyes to see and ears to hear, for those who have not buried their heads in the sand. For example, there's the current case of incitement that leader of the opposition Lennox Linton is facing before the courts for a public address that he gave at a meeting in 2017 that the government of Prime Minister Roosevelt Skerrit determined was an attempted coup. That was no attempted coup. It was, at most, a blistering critique of the government's handling of the Citizenship By Investment programme by the legitimate political opposition. Note too that political activist Athie Martin is also before the courts for a similar offence. But we digress.

Harvard professors of government Steven Levitsky and Daniel Ziblatt have spent more than two decades studying the breakdown of democracies in Europe and Latin America, and they believe, and state clearly in the book, that democracy no longer ends with a bang, with a military coup d'état, with well-armed mercenaries storming beaches at dawn and taking over presidential palaces and national radio stations.

Democracies these days, concludes Levitsky and Ziblatt, die with a whimper: the slow, steady weakening of critical institutions, such as the judiciary and the press, the parliament and the integrity in public office commission, and other commissions, and the gradual erosion of long-standing political norms.

But don't think that since Levitsky and Ziblatt are Americans, the book "How Democracies Die" is solely about the unusual phenomenon of the rise of Donald Trump to the presidency of the United States. It only shows that demagogues, like Trump, rise even in so-called healthy democracies. Yes, the book covers some of that but it also speaks about the rise of Dominica's good friend Hugo Chavez in Venezuela, Recep Tayyip Erdoğan of Turkey and Rodrigo Duterte of the Philippines. Levitsky and Ziblatt contend in an article in the New Republic that "by and large…overt dictatorships have disappeared across much of the world".

They add: "Violent seizures of power are rare. But there's another way to break a democracy: not at the hands of generals, but of elected leaders who subvert the very process that brought them to power. In Venezuela, Hugo Chávez was freely elected president, but he used his soaring popularity (and the country's vast oil wealth) to tilt the playing field against opponents, packing the courts, blacklisting critics, bullying independent media, and eventually eliminating presidential term limits so that he could remain in power indefinitely.

"In Hungary, Prime Minister Viktor Orbán used his party's parliamentary majority to pack the judiciary with loyalists and rewrite the constitutional and electoral rules to weaken opponents.

"In these cases, there are no tanks in the streets. Constitutions and other nominally democratic institutions remain in place. People still vote. Elected autocrats maintain a veneer of democracy while eviscerating its substance. This is how most democracies die today: slowly, in barely visible steps.

"Government efforts to subvert democracy are often legal, approved by legislature, accepted by courts. They're portrayed as efforts to improve democracy".

What then are the signs that democracy is dying slowly and does this analysis apply to The Commonwealth of Dominica?

According to the authors the signs that democracy is dying is shown in a: "Demonstrated weak commitment to the democratic rules of the game"; denial of the legitimacy of opponents, casting them as criminals, subversives, unpatriotic; tolerating and/or encouraged violence; willing to curtail civil liberties of rivals and critics; intolerance of criticism; control of the press directly and overtly through the eager application of libel laws against journalists and opponents.

But one may argue that the country's constitution should ensure that autocrats and dictators are kept at bay. Not exactly, says Richard Javad Heydarian, a non-fellow member of a think-tank and a partner of Philstar.com, a Philippines website.

"Constitutions are, at their very core, an assemblage of aspirations, holding the promise of a just and orderly society. Yet, they don't, on their own, guarantee the fruition of such lofty vision.

"It's ultimately up to men, especially those in the government, to uphold the constitution's spirit and implement its letter. For a democracy, what's even more important than its constitutional foundation is the set of informal rules that govern the operations of power among mortal men and women in office".

Read "How Democracies Die" and consider whether, or not, Dominica's fledgling democracy is currently in the intensive care unit, with for death.