The number of Dominicans who migrated after Maria is unknown 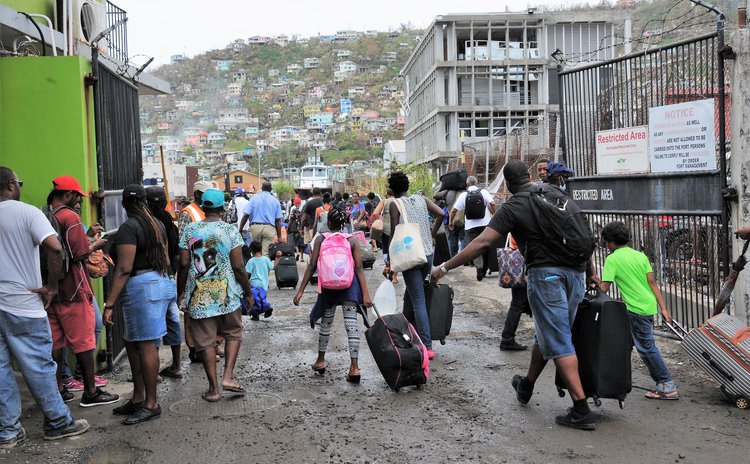 It does not take very long to determine if, or how much, the authorities here know about the number of people who left the country in the aftermath of Hurricane Maria. Zero. Or so it appears.

The category five hurricane caused widespread devastation when it battered the island in the dead of night on 18 September.

But Hurricane Maria caused devastation in an area that has yet to be quantified: the mass exodus of a people much too desperate, much too despaired to stay, the movement to other lands of a people convinced there was nothing left for them at home. And no one from government seems able to say how many people fled the country after the storm. No one appears to be keeping tabs.

"They don't even know who is on the ground, they don't know who has left, whether the people are coming back," one person close to the administration told The Sun recently while speaking in a different context. That was several weeks ago, but the situation appears to be the same.

Several attempts to get the information have proven to be futile, with leading officials from the departments that ought to know pleading ignorance. No one would even hazard an educated guess or proffer an estimate. Suggestions that a report had been compiled could not be confirmed.

Amid the dearth of information, one thing remains clear for Athie Martin, the perennial government critic: there has been an exodus of Dominican brains and it is hurting the recovery.

"The shortage of skilled builders has slowed the process of roofing and may result in shoddy non resilient work," Martin told The Sun.

He also spoke of teachers as "the other group that is also very mobile", but was unable to say how many, or how mobile that had become.

And, as The Sun had already discovered, placing a number of those who are leaving and those who have left is virtually an impossible task.

"We will track the numbers as we can, aware that data is a rare commodity in the best of times," Martin said, "but we shall persist on this and related tasks."