How much do Dominicans care about road safety? 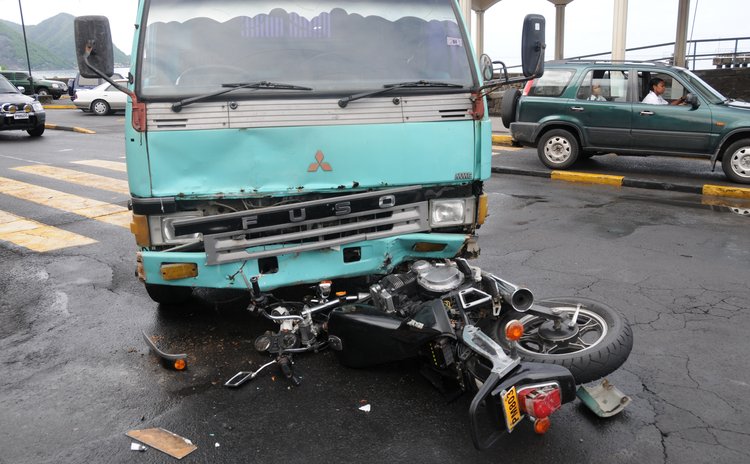 Dominicans were shocked when the news broke of the death of 17 year-old Lhana Honore of Thibaud on October 26, 2016 in a traffic accident at Hillsborough. They were also disturbed by the death by vehicular accident of 20 year-old Gideon Augustine in September, again at Hillsborough.

We do not know the details of these accidents but as we opined recently, the number of fatal road accidents that has occurred in Dominica during the last few years and the dangerous driving we experience on our roads every day has generated much discussion about the need for the more efficient implementation of the country's road safety regulations as well as the enactment of new laws prohibiting the use of communication devices such as cell phones, whilst driving.

Though the number of deaths in due to traffic accidents may seem miniscule, we are of the view that given our extremely lax road safety standards and our poor roads only God knows why there are not more frequent fatal injuries on our roads. It is, we believe, high time to take action to improve road safety in Dominica.

On an international level, the World Health Organisation (WHO) has declared that traffic accidents have become a global public health crisis and chose the slogan "Road Safety is no Accident" as its theme for World Health Day a few years year. According to the WHO, each year hundreds of persons die in traffic accidents and thousands more are injured. The economic impact of traffic accidents on developing countries was estimated to be approximately US$65 billion a year to include the cost of hospital care, rehabilitation expenses, the impact of absence of skilled workers from the work force, increases in insurance premiums and replacement of vehicles. Comparable figures are not available for the Caribbean as a whole but in Jamaica, for instance, road accidents cost the country 25,000 man-days a decade ago, and $518 million in lost revenue.

A few years ago, Dominica and the rest of the world observed the launching of the Decade of Action for Road Safety, 2011 to 2020, declared by the United Nations General Assembly .This was in recognition of the fact that deaths and injuries on the world's roads are increasing and have reached crisis levels.

Each year, according to the UN, about 1.3 million people lose their lives due to road traffic accidents and it is projected that this figure could rise to 1.9 million deaths by 2020, if remedial action is not taken. The UN estimates that road traffic accidents are the major cause of death of young people aged 15-29 years worldwide. Dominica's Ministry of Health has reported that for the period 2000 to 2009, motor vehicle accidents were the leading cause of death among young persons aged 15-24 years and was the second leading cause of death for persons aged 25-44 years. We believe that that statistic has not changed much in 2016.

As we stated earlier, given our low level of adherence to basic safety standards, traffic accidents should be occurring here more regularly.

Here are some facts on which we have based our opinion. Undoubtedly, there is few of what the experts call proper "street furniture" in Dominica. These include traffic lights and clearly marked pedestrian crossings and barriers. Dominica may be the only Caribbean country without a single traffic light. Additionally, there is no system of training, certification and re-certification driving instructors in Dominica. Anyone, it seems, who holds a valid driver's licence can perform the role of a driving tutor and conceivably may transfer his bad driving habits to his student.

Then, there is the poor condition of our roads. These roads are generally extremely narrow and are constructed with regular hair-pin bends and blind corners. Though road safety experts are of the view that road conditions are not the major causes of accidents, we believe that our roads surfaces do not inspire confidence in our road users, and that lack of confidence increases the risk of accidents. How much, for example, would it cost to have the sleeping policemen in Colihaut and Massacre and Bath Estate clearly marked?

But most importantly we urge our legislators to urgently enact laws to restrict drivers from using cell phones whilst driving. During the last decade, mobile telephones have become a major source of communication and an essential device for many people who also use their car as virtual offices. But many countries have now realised that there are "adverse consequences associated with use of a car telephone while driving, whether hand-held or hands-free", states "Car Telephone Use and Road Safety" a report prepared for the European Commission.

According to the report, research shows that using a car telephone while driving distracts the driver and causes driving behaviour which adversely affects road safety. While hands-free phones and other devices, such as speed-dialling and voice activation reduce physical distraction, the most important negative factor associated with using a mobile phone while driving, whether hands-free or hand-held, is diversion of attention from driving to the conversation itself. The extent of the negative effects of telephone use while driving depends on the complexity of both the conversation and the driving situation. Driver reaction times are 30% slower when telephoning while driving.

And then there is the seat belt issue. A few years ago the police tried enforcing the use of safety belts in motor vehicles but the drive was short-lived and users of motor vehicles are now back to their old habits. Apparently the police have taken their eyes off the ball.

Last week too, during the Creole Day parade we witnessed dozens of young children, as young as three years old, dressed smartly in national wear parading on the streets of Roseau as motor vehicles meandered among them.

Are we serious about road safety?