How PJ outwitted those who plotted against him 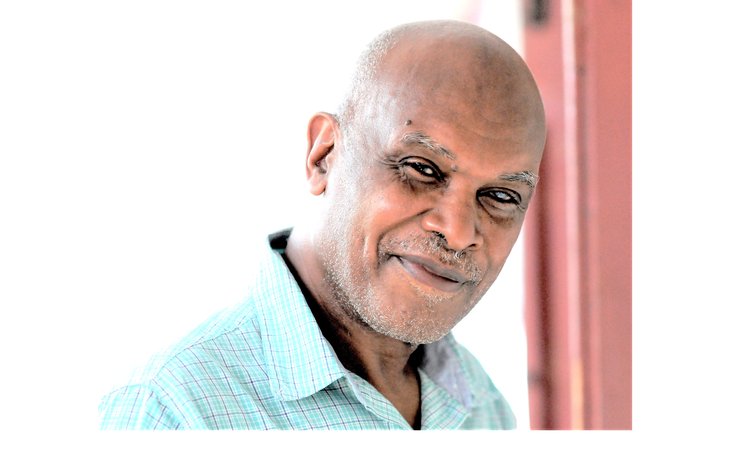 Expressing his view on the PJ crisis in 1979, Dr. Darius Lecointe

I have never bought into the idea that there was any plot to run Patrick John out of office in 1979. Of course, there were pockets of Dominican society that were bitterly opposed to his leadership, but those who organised the march on May 29 had no plan to overthrow the government. And that may be why PJ was able to outwit them.

When the unions and the private sector shut down the country after May 29, 1979 they probably hoped that Patrick John would bow to the pressure and resign as Prime Minister. PJ's first stroke of genius was to refuse to resign. The only way he could be forced to resign was by losing a vote of No Confidence. There were two strikes against that happening. First, PJ, as Prime Minister, was the only one with the constitutional authority to call a regular meeting of Parliament. He would not do so in the midst of a general strike. Second, with his 16-5 majority in Parliament he was unlikely to lose a vote of No Confidence. PJ's decision not to resign placed the cat among the pigeons, and he had all the cards.

As the general strike ground on, a Committee of National Salvation was set up under the leadership of the general secretary of the Civil Service Association, Mr. Charles Savarin. Comprising some of the brightest minds in the country it set about to find a way out of what they had convinced themselves was a constitutional crisis. In truth, there was no constitutional crisis. There was only a stubborn refusal to follow the Constitution. The constitutional remedy was to end the strike and allow the government to resume its functions. Even after ministers of government were forced to resign for fear of their lives the CNS had no plan.

This Emergency Meeting of Parliament was convened on June 19, 1979 and June 21, 1979. The Minutes show that the Speaker of the House was absent because he had resigned. This is the first evidence of the cat being among the pigeons. No one appears to have consulted the Constitution or the Rules of the House.

It is unlikely that the Speaker would be absent from a meeting he had called, without being sick or otherwise unavoidably absent. It is clear that no one with the authority to do so had summoned Parliament.

According to Hansard, the official verbatim record of each Meeting of Parliament, the first order of business was a statement by the Clerk that, because the Speaker was unavoidably absent, the Deputy Speaker would now take the Chair. This was a clear breach of protocol in an already unauthorized sitting, since it can only mean that the Mace, which is the sign of the Speaker's authority, had been brought into the chamber without the Speaker.

The second problem is that the statement by the Clerk was both out of order and unnecessary. If the rules had been followed the Deputy Speaker would already have been in the Chair. The irony is that all of this unconstitutional activity was meticulously planned with the obvious collusion of the Leader of the Opposition.

After the Deputy Speaker read the prayer the next item on the Order Paper can only be described as an act of defiance. Bear in mind that the Clerk had not announced the resignation of the Speaker. However, the next item of business was Election of Speaker. After the Leader of the Opposition's second of

After the Election of Eden Bowers as Speaker, the Clerk then announced Public Business as the next item of business. In another breach of protocol, the Leader of the Opposition (who is not responsible for Public Business) rose to speak: "Mr. Speaker, standing on this Order Paper is a Motion of Censure on the Government of Dominica. This motion I wish to withdraw. I do so because following discussions this morning with the Prime Minister, certain matters of concern were discussed at length and one of the matters which is of the most and of greatest importance to Dominica at the moment is the fact that we are without a person who can preside as President. As a result of the discussions the following release was made, signed by the Prime Minister and myself and by Arnold Boghaert, who is the Chairman of the Church Council, the Christian Council of Dominica. I will read this if you will permit me, Mr. Speaker, to read it."

The release revealed that Mr. Jenner Armour had consented to accept the appointment as Acting President. It was co-signed by Patrick John, Prime Minister of Dominica.

Despite having withdrawn her Motion of Censure, the Leader of the Opposition then called on elected members of the House to pledge allegiance to an unidentified Interim Government to replace the government of the Prime Minister, whose authority and legitimacy had just been recognized by the House in the release she had just read into the record. Then, without a vote of Censure or No Confidence being on the table, the Speaker asked members to indicate by a show of hands that they had withdrawn their support for Patrick John. Hansard records "a declaration by everyone." This is the basis for subsequent claims that Patrick John had been constitutionally removed from office. After the members took to the floor to pledge allegiance to the Interim Government or to O. J. Seraphine as Interim Prime Minister the House was adjourned to Thursday, June 21.

When the House resumed on Thursday their first action was to adopt a resolution that recommended "the appointment of Honourable Oliver Seraphine as Prime Minister of the Interim Government," even though there is no provision in the Constitution for such an action. The only other business was the election of Jenner Armour as Acting President.

These dates are important. On June 21, 1979, Dominica had no President, an Acting President, two Speakers of the House and two Prime Ministers. PJ goaded the House on this point at the meeting of July 19 when, sitting as Representative for Goodwill, he rose to address Parliament: "Mr. Speaker, on page 1 of the minutes, Honourable Pershing A. Waldron Speaker of the House - resigned. Therefore, if the Speaker of the House resigned then there is a procedure set for the election of a new Speaker. but what happened at that meeting? It was reported to the House that the speaker was unavoidably absent and the House was not informed that the Speaker had in fact resigned. The Deputy Speaker took the chair and then the Prayers were read and then Election of Speaker. If the Speaker was unavoidably absent you couldn't have the election of the speaker because the real Speaker in fact existed. So, at one point your election made it that we had two Speakers of the house as we have two Prime Ministers in this country at the moment." Hansard reported that the House erupted in laughter.

Both Seraphim and Bowers have denied any responsibility for calling the Emergency Meeting of the House into session on June 19, 1979. In response to my query, Mr. Seraphine expressed his belief that the call may have come from the Acting President, His Excellency Jenner Armour. This would mean that on June 19, 1979, Mr. Armour attempted to use powers he did not have under the Constitution under an authority that he did not receive until June 21 two days later. For my part, it is my belief, until I receive evidence to the contrary, that the decision for Pershing Waldron to resign as Speaker of the House was made by Patrick John.

In response to the Eulogy that was offered during the State Funeral for The Honourable Patrick John, the First Prime Minister of the Commonwealth of Dominica, attempts have been made to remind the populace that he was jailed in 1985 for his part in a plot to overthrow the Government of Dominica. Considering the verifiable facts that have been rehearsed above I leave it to the reading audience to determine for themselves whether he was constitutionally removed from office and whether anyone so positioned can be legally held responsible for any attempt to remove from office a government that owes its very presence to numerous violations of the very same Constitution under whose terms such a conviction was sought.