How to Build Resilience in Agriculture 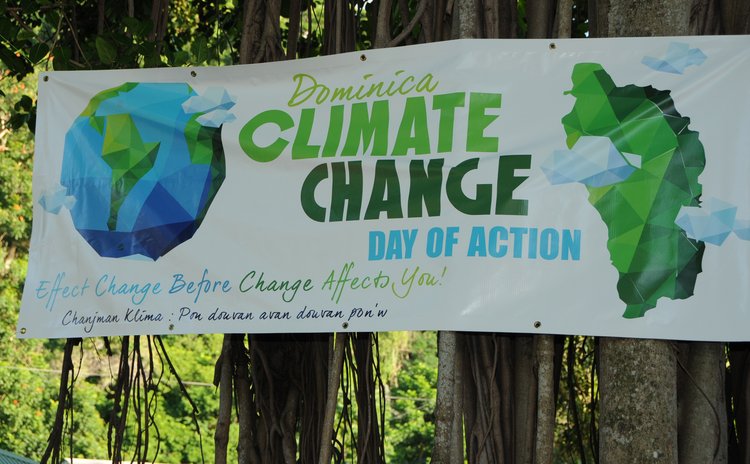 What is Climate Change?

A: Before we get into Climate Change we want to clearly identify what is climate. And climate is really a change in weather patterns over an extended period usually ten years or more. And that differs from weather where you have rainfall or temperature that's observed over short periods of time. Like over an hour - it might change - today is a sunny day, tomorrow might be a rainy day. You are talking in terms of weather. When you consider climate you are considering the patterns of weather so your average temperature over ten, thirty years, right? And what is happening to that.

When we speak of Climate Change in a sense we are looking at the long-termed changes in weather patterns and that is very important because the climatic conditions or the climatic changes in our climate can impact a lot on human beings, our lives, our livelihoods and our environment and there is enough evidence about that here in Dominica and across the world.

And as to the impact of Climate Change on our environment - one of the key things is in regard to a warming, an increase in temperatures globally which is linked to another phenomenon called Global Warming. You have rays from the sun entering the earth and being reflected back, somehow the gases-Green House gasses principally Carbon Dioxide and others like Methane and Nitrous-Oxides trap some of that rays when it is reflected back. And that is normal. It is important to maintain certain temperatures on planet earth.

What has been the impact and what will be the impact of Climate Change?

A: Over the years we have seen an increase in the intensity and frequency of storms. Some 20 or 30 years ago we did not think flooding would be a problem in Dominica but we have that issue today. So that has been the impact and it has caused tremendous losses on the part of farmers in the country with regards to their crops, livestock and physical infrastructure has suffered tremendous losses from damages to roads and housing, to livestock as well. So these have been the serious impacts.

The issue of resilience- how would you suggest reducing the cost to small farmers in particular?

A: I think a very aspect of resilience is a change in attitude, a change in mind-set to get away from the thinking that these occurrences, these hazards related to climate are occurrences that we can't do anything about. Once we get from that mindset we get into the mode of understanding how we can prepare for them and here comes in the issue of resilience where you try to make that system, your farming system more robust, to be able to withstand the impacts and to have that element of being able to recover very quickly. There are very key points.

And you can liken that scenario to a car, a vehicle that is built for off-road, a jeep with 4-wheel drive and all these things. It is prepared for going off-road as opposed to a car that you want to drive, a sedan and so on. This jeep is resilient based on the features that it has because the maker already knows what it's being built for.

And if we think of the actual action that we can take-here it is, if we are looking at land slippage and so on. We need to come in with things like contour drains; we need to put in trees in that landscape to hold the soil and when we are looking at dealing with drought, yes, it might be costly to bring water from one place to the next- that is one option – irrigation, but we can do things to retain the moisture in the soil like mulching which is really key and with the use of Vetiver stripes. We have a lot of slopping land that Vetiver stripes in itself when it grows up we can cut them and use for mulching. It is a good source of organic matter to the soil and also because of its rough edges can deter things like slugs and snails which you have a lot of problems with across the country.