How's Your Health? It's All in The Eyes 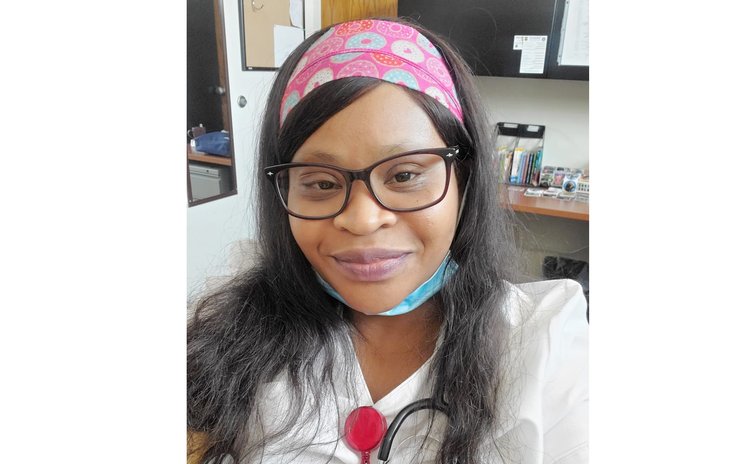 A renewed call is being sounded for Dominicans to check their health… and it's not because of the COVID-19 pandemic.

It is true there is concern about an individual's overall well-being with the coronavirus floating around, but another Dominican fear her fellow countrymen may be at risk of something more serious.

Andria Thora Belthemie is a Dominican born medical surgical nurse who is currently performing paediatrics on the Offutt Airport Base, a military base, in Nebraska, USA.

She recently visited her homeland and saw something among her people which raised an alarm.

"One thing I noticed is that a lot of individuals, the sclera of the eye, that is the white of the eye, is discoloured," she told The Sun, the worry clear in her voice.

According to the Mayo Clinic's website, the sclera is 'the white part of your eye. It is a tough outer wall that helps protect the eye's delicate internal structures.'

The sclera serves as a protective layer for over 80% of the eyeball's surface. A healthy sclera is white, but if it becomes discoloured it could spell trouble.

"That was very concerning because usually when you see yellow it is indicative of jaundice which can be a potentially serious condition, but also that there is some liver condition going on," she said.

While Bethelmie did not carry out any scientific research or keep a daily count of the number of discoloured sclerae she noticed it was enough to worry her significantly. "Maybe one in five or six people," she said.

"I thought 'oh my God, that's unusually high for a population as small as Dominica's," she said.

Bethelmie, who has been a nurse for over 12 years, revealed that melanated people – that is people who have the pigment melanin which gives skin, hair, and eyes, their brown colour - who live in temperate or tropical areas can sometimes have the melanin bleed into the eyes hence cause dark spots or brownish tinge to the eyes.

"Sometimes it could just be an eye freckle," she explained "other times it could mean there's something else going on. It is something where someone would have to go to their doctor and say 'hey, I notice that my eyes used to be really white and now it's darker, and I would just like to have that checked out," Bethelmie said.

Bethelmie was emphatic that she is in no way saying every eye discolouration is an automatic indication of a more serious illness but, she is urging Dominicans to err on the side of caution.

"Sometimes, because we are melanated, when we're tired… most times instead of the eyes being red it could also get a darkish, a brownish tint to it," she said.

Bethelmie warns that a yellow, or brown-tinged sclera should not be an immediate cause for concern. She has a couple of recommendations on what individuals can do before going to their healthcare providers.

"Give a couple of weeks where you are going to bed earlier, reducing your electronic use by a couple of hours to see if your eyes go back to normal… try these things and if you don't see any change then definitely go to your provider," Bethelmie said.