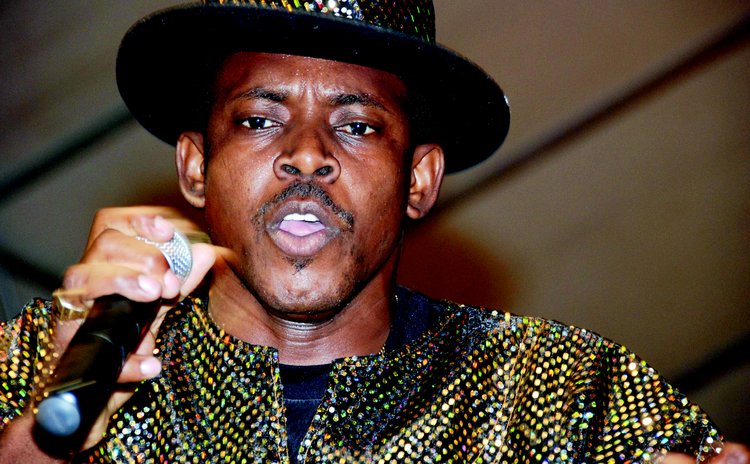 Controversy and calypso are like Siamese twins. Or like bread and butter. Or like wind and sails. If you see one now "before too long, you bung to see de other, Ah telling yu!"

So last week, like clock-work, controversy and calypso came together for one last hurray before the Finals scheduled for this weekend at Carnival City in Portersville. The latest episode in the calypso soap opera emerged after a video clip recorded at the semi-finals showed that veteran calypsonian Derrick "De Hunter" St. Rose may have had some lyrics of his song "Another Young Star Gone" written on the palm of his left hand while he performed.

On Friday morning DBS News reported that Hunter had stepped down from the competition.

"As a committed and dedicated calypsonian it is indeed regrettable that I have become centre stage of this controversy," Hunter said in the statement to the radio station. "For the thousands who continue to place their confidence in me and even for the benefit of those who doubt it, I wish to deny having used the lyrical inscription on my hand for any unfair advantage in the semi-final as has been reported. I reiterate that I have not been engaged in any unlawful activity to either ruin my reputation or blemish the good name of calypso."

Also on DBS News, President of the Dominica Calypso Association (DCA) Ras Kelly Williams had an emotional break down when he was being interviewed live on the newscast by News Editor, Curtis Matthew.

"Curtis, I don't think I can continue with that," he sobbed. "We'll deal with that after."

During last week, the issue had created a buzz on social media and on the talk shows prompting the executive of the DCA to take action to decide whether St. Rose would continue the hunt for an another crown on Saturday. Hunter, one of Dominica's most distinguished calypsonians, captured the monarch crown in 1998, 2000 and 2007. He was one of nine calypsonians selected at the semi-finals to attempt to dethrone Dice at the Finals on February 9.

However, some calypso fans continued to call for Hunter's disqualification while others said there was not enough evidence to prove that what was written on Hunter's hand were actually some of his lyrics.

At first, Hunter claimed the information written on the palm of one of his hands was written before the show started.

"As you know I am the treasurer of the calypso association," Hunter told Matt Peltier, Q95FM's "Most Talked About Talk Show" host. "So I went to the ticketing booth very early and I organized with the people monies and floats and so on. Information was written on my hands because at the time I could not find paper. They had a list of the calypsonians that they were using to tick out people they thought would have made it. I did not have paper…some information was there."

Hunter claimed he could not have been using the notes on his hand because "I love the song very much and it was one of my best performances. There is no way I was going to forget the song."

In a reaction, President of the Dominica Calypso Association (DCA) Kelly 'Ras Kelly" Williams said the incident was "unfortunate".

"We at the DCA will want to see more of that clip before we can make a decision," Williams said.

According to him, having the song on the palm of your hands is not an offence, there has to be much more to it.

"If Hunter did that, then he has his conscience to deal with…we can do nothing so far from the DCA stand point and this also looks like a cut and paste; it's a public outcry and we need to give him a chance to be heard," the DCA president said.