By O.J. Seraphine (From the upcoming book "Stolen Legacy") 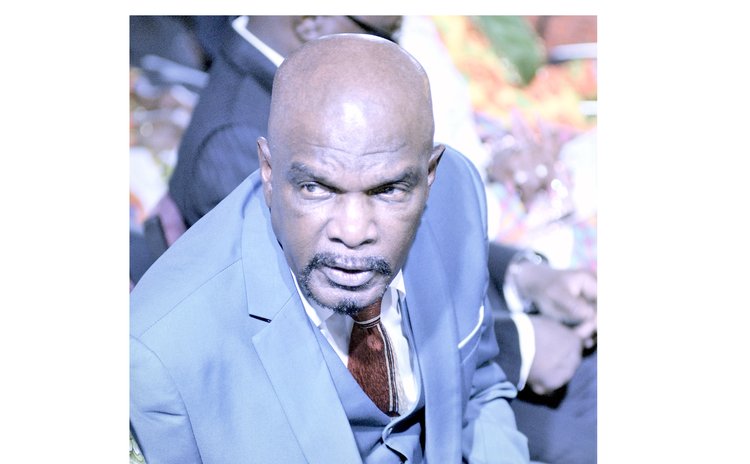 Hurricane David can never be forgotten by the generation of that time. From the moment it landed on the shores of Dominica at 9:00 A. M. of August 29th, 1979 packing wins over 150 mph with gusts of over 185 mph it wreaked unprecedented havoc. There were 42 people who lost their lives, about 50,000 people were homeless, and 300 people were injured, with 90% all round damage.

It is worth mentioning that on November 3rd, 2019, Prime Minister Roosevelt Skerrit presented his national address and did say that the only result coming out of the efforts of former Prime Minister Oliver Seraphin during hurricane David as his accomplishment was "getting a little BROGODOWE and caused the disappearance of persons who fled the country ".

Of course, the PM was too young to recollect.

Amazingly this PM did, however, make a national statement one year later in November 2020 that Dominica has a shortage of at least 40,000 persons due to migration. Families, he said, need to increase the number of children per household. It is reported that many people did emigrate following recent hurricanes which also included those seeking educational opportunities abroad, as well as being forced by circumstances of the loss of homes and loss of business activity similar to my family, as was the Hurricane David experience of the earlier generation.

29th August 1979 when hurricane David arrived in Dominica we were supported by the early arrival of the British Frigate -the HMS Fife on 30th of August 1979. From the very morning after the hurricane, they did in fact assist most vigorously in bringing back in to use the water supply by treatment of our water systems. Venezuela then came in with heavy equipment for the clearance of roads. The early arrival of the Americans gave large supplies of C-ration-an army supply of instant meals.

France did arrive with soldiers coming out of the French dorms of Martinique and Guadeloupe and we did have a lot of support from the Caribbean partners. Of course, the Canadians did come to our assistance with various descriptions, particularly at the ports of entry-airport and sea ports.

The US through US Ambassador Sally Shelton was aggressively supportive. The European economic community through the comradeship of the UK Ambassador Sir Bruce Greatbatch and French Foreign Minister Oliver Stem by aggressive arrangements did assist vigorously with construction teams. The Cee Bees who were awarded honorary citizenship by me as PM, the engineering group of military US personnel, provided meaningful assistance on the ground in the clearance of debris and gave helicopter assistance to Dominica; so did the French.

In 1979, Dominica had attended the first ever NON-ALIGNED CONFERENCE of the Non-Aligned Movement so having been represented at the nonaligned movement in Cuba, Dominica received other assistance which was given in large measure by the members of the NAM. At the House of Assembly meeting of December of 1979 Prime Minister had this to say: "Mr. speaker. As I'm being very conversant with the tactics of the opposition in relation to the truth even when the truth is very visible, I took the added precaution and took no chance whatsoever and brought along to the CDB donors meeting, no less a person than Peter Richards who is the CANA reporter and who is also employed with DBS radio.

Peter Richards did a report on the meeting of donors of December 18th, 1979, when I was accompanied by the Permanent Secretary Wolseley Louis as well as a personal associate Sheridan Gregoire and Mrs. Robinson. The meeting, was co-sponsored by the Caribbean Development Bank through the auspices of the President of the Bank, Sir William Demas. This meeting was a joint meeting of international donors and was held with an intent to seek, persuade and confirm that a cooperative effort by donor countries to make pledges for the total reconstruction efforts of Dominica following Hurricane David on August 29th, 1979. Peter Richards reported as follows: "The prospects of Dominica receiving just over 160 -165 million dollars US for financing its five­ year reconstruction programme appeared bright today following about three and a half hours of talk between PM of Dominica Oliver Seraphin and UN representatives or western donors concluding at 4:00. p.m.

Both CDB President William Demas who chaired the meeting and PM Seraphin who led and described the need for supporting Dominica in its reconstruction following Hurricane David at the discussion held at the Caribbean Development Bank headquarters was considered a success.

Financial and technical pledges were made to Dominica by the major original and international aid donors mutual present including the USA, Britain, the IMF, World Bank, the EEC Community, the Caribbean Community CARICOM countries, CIDA. (Trinidad and Venezuela were absent). Demas, however, commented that the two absent oil rich Caribbean states will contribute to road rehabilitation and other infrastructural development directly."

The Venezuelan government had a red-carpet invitation to me as PM and my wife complete with a military band and troops for inspection and was a guest of President Campins who offered many areas of assistance including the International Airport at Grand Savannah. The assistance from Venezuela was based on the programmes identified by the diplomatic agreements emanating from the cooperation and assistance treaty signed by our governments which were initiated by Dominica's diplomatic joint cooperation treaty with Venezuela and is the foundation with that Government ever since. OAS responded to a shopping list of demands from this PM which included thousands of McCulloch chainsaws and outboard motors with fishing gear as well as sports equipment and 18 factory shells.

There were 200 houses from SAWS of the Seventh Day Adventist. The 100 houses from France remained unutilized by the incoming Government and left to rot at the Canefield Stadium site. Two school buses for the indigenous community were also from the UK and the OAS.

Washington-based ATI -Appropriate Technology Institute with the assistance of Jim Finucane installed the brick and housing tiles factory with our red clay resources at Canefield under the management of Scotland of Loubiere which was halted by the incoming administration. Barbados through PM Tom Adams also offered a military red-carpet welcome to PM Seraphin and in view of the limitations of services available in Dominica due to the massive destruction of the infrastructural and government services, this was offered by Barbados as an offshore residency of the Dominica government, s activity. This was to promote trade and vigorous pursuit of assistance to the international community where many embassies were resident. The Bahamian PM Piddling also invited me as PM and offered various levels of support.

The benefits arising out of these meeting, however, was very aggressive in support from countries of that conference who became lifelong partners of Dominica. The highlight of the Miami conference of the Caribbean was a passionate speech for the region to respond to calamities by me as PM which heralded the arrival of Dominica on the international scene. The relationship with the Non-aligned movement arising out of the international meeting in Cuba represented by my envoy as PM and Foreign Minister- was Bernard Wiltshire which yielded many benefits.

Indeed, the origin was the meeting at the UN General assembly of 1979 when I addressed the UN and were a rare visit by Fidel Castro when sitting in a place side by side to me was due to the alphabetical order of countries at which opportunity an invitation was given to visit Cuba.

This was extended due to a need to address the matter of the horrendous hurricane David which would also coincide with the meeting of the Non-Aligned Movement- NAM shortly after the UN meeting. The benefits arising out of this meeting, however, was very aggressive in support of countries from that conference who became lifelong partners of Dominica through Ambassador Russo of Cuba based in Grenada was instrumental as was Maurice Bishop in coordinating the Cuban response.

A scholarship programme was initiated with the earlier UN meeting with Fidel and this PM. A side matter on the NAM event was the unfortunate embarrassments of Rosie Douglas who had been visiting Guyana as an organizer of the Guyana Caribbean friendship society and did inveigle a presence at the NAM in Cuba as the Dominica representative without due diplomatic and protocol process unbeknownst to me as the PM and Minister of Foreign Affairs. He had arrived at the conference without the accreditation of official representation which had been bestowed by me on UWI resident Tutor Bernard Wilshire. Douglas was removed from the conference as a representative of Dominica.