"I prefer go in a pig pen": man who spent time in Roseau and Portsmouth police cells 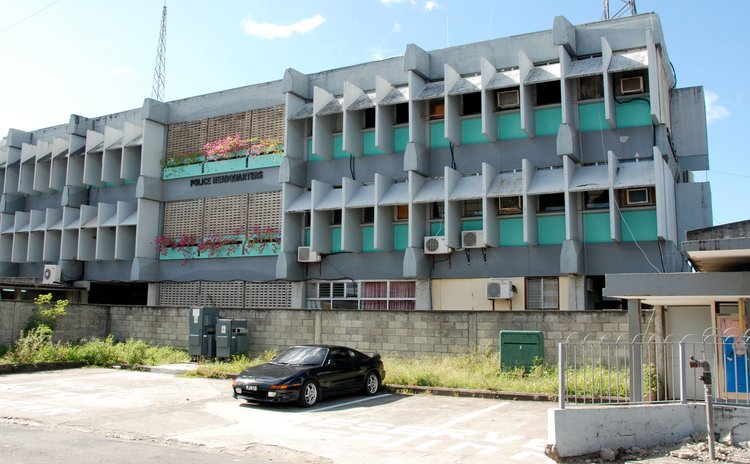 That's how persons who have been detained at the cells at Police Headquarters in Roseau and Portsmouth have described conditions there.

In 2011 Attorney-at-law Bernard Wiltshire, who was arrested and was placed in the cells in Roseau for 10 hours, said the conditions there were "filthy and inhumane"; he threatened to take the matter to human rights organisations.

Another Dominican lawyer also complained about the "dark, nasty and inhumane conditions in the cell with persons detained having to spend several nights on hard cold concrete".

In an interview with the SUN a person who asked that we do not disclose his name for fear of reprisals, and who has been detained at the Roseau and Portsmouth cells, said the conditions at these cells have unbearable foul odors and are extremely dirty.

"When you are inside there, you are praying to go to court to find out if is bail or you are placed on remand. Rats playing with you, the place smelling pee-pee and poo-poo," he said.

He continued: "Some fellas poo-poo on the floor and then mark and plaster the walls with it. In Roseau have a big cell with three side cells in it. You sleep on the cold concrete. If you are a high man in society, then you are given some cardboard to use as bed but if you are a dog then concrete for you, my brother."

The source said that being detained at the cells in Roseau or Portsmouth is "triple punishment for you…a solider is a soldier and scout is a scout so you have to do what you have to do."

"Is there they put you and you are well and truly locked up. You have to beg them to feed you with some bread and butter. Trust me its bad news…rats eating your biscuits when you rest it down and you have to eat that after. Even if you complain, it reaches nowhere; police say is not they that put you there, so fight your battle," he said.

He believes that it is time that the situation is reported to international human rights authorities.

"When I am inside the cell I just pray that rat don't bite me, that is all. But wherever they put me, even among dead bodies, I will sleep; they can't frighten me, I am as solid as a rock. Human rights need to come and close down the place. It's pure animal kingdom. If you put your home dog in these cells it won't even survive. Pigs don't want to stay there far less humans. You have to wake up a thousand times to see if day break …they (police) are not subjecting their children to that condition. It is just bad. I prefer go in a pig pen instead than to be in this dirty, nasty and deplorable condition," he said.

When contacted for his comments Police Chief Daniel Carbon told the SUN that Dominica is a signatory to the Universal Declaration of Human Rights.

He also stated that the cells at the Roseau Police Station were built many years ago but he did not elaborate.

However, Carbon said that "the Police treat everyone in its custody with human dignity as is enshrined in the Universal Declaration of Human Rights."

Article 5 of the Convention states: no one shall be subjected to torture or to cruel, inhumane or degrading treatment or punishment.

But the hundreds of prisoners who have spent time at the police cells in either Roseau or Portsmouth believe that their treatment there has been clearly in contravention of article 5 of the UN convention.