"I stand by my statements and actions"

Secretary General of the OAS, Luis Leonardo Almagro Lemes, to Chairman of CARICOM: 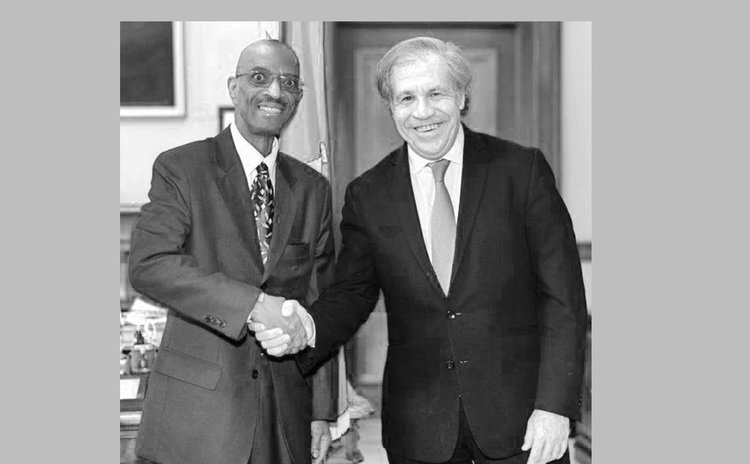 In a statement Luis Almagro Lemes, the secretary general of the Organisation of American States (OAS) last week responded to a declaration by Timothy Harris, the Chairman of CARICOM that criticized a tweet that Luis Almagro Lemes posted on 7th February.

In that tweet, Almagro said he met with Crispin Gregoire, the former Dominican United Nations Ambassador who expressed concern about free and fair elections in Dominica. Gregoire met the OAS secretary general at the request of the opposition United Workers Party.

Soon after the Almagro tweet, Dominica's Foreign Affairs Minister Francine Baron wrote to Almagro on behalf of the government of Dominica, demanding its withdrawal and an apology for the tweet.

Here is the statement by the OAS secretary general:

In response to the statement published by the chairman of CARICOM on February 19, 2019 in which he wrongly asserts that I acted beyond the competence of the Office of Secretary General of the OAS, I would like to highlight the following:

I stand by my statements and actions, which are completely consistent with the competencies of the Office of Secretary General and the democratic principles that this Organization promotes and defends.