"If I get back on the stage, I will have them trembling" 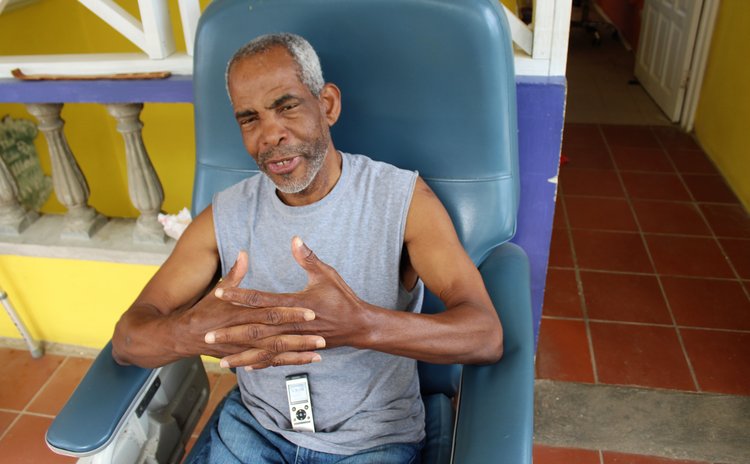 NC then migrated to the United States of America in 1995/96 where he plied he trade as a contractor. But never lost touch with the Calypso in Dominica by continuing to write top Calypsos.

"NC", as he is popularly known returned to Dominica in late 2019 and although he is suffering from a medical condition, he is still sharp and witty and remembers his days on stage.

When the SUN asked for an interview he unhesitatingly welcomed the idea.

"Sure, you know I am not afraid to speak and I am ready to speak with you," he said.

"It feels great to be back in Dominica…and if there is another word greater than great I will use it. When you are out of Dominica for all those years and then you hop on a plane and come back home. On arrival you see this green light diamond in the sea. It is beautiful and you get all this nostalgic feelings and memories. It's like a girlfriend you cannot leave," he said.

Life in the US was pretty good.

NC said he attended the Quarter and Semifinals of the 2020 Calypso season.

"People think that I am too old to sing Calypso but look at Mighty Sparrow he still sings. Others sing until they drop...I am 66 years old and I have no problems in giving a few numbers back on stage. When you are doing something and it is good you don't walk away from it. In fact very few people do that and most times they have regrets. I can write calypsos, so why can't I sing?

He continued, "If I get back on the stage, I will have them "trembling", refereeing to "I have them trembling", his 1989 Calypso.

Most of the young calypsonians do not know NC but he says he has the God-given gift of being able to put memorable words together.

"Everything that I have accomplished I give God thanks," he said, with the usual grin on his face.

"The calypsonians during my era and now are just different. Those now need to take advice. It's not because you are succeeding and have a great song that you see yourself as a superstar. I never saw myself that way. Never think you are great, always see yourself as a hungry man looking to get somewhere, that way you stay sharp when you keep yourself that way".

NC added: "Never take things for granted; always give your best and while the iron is hot take it. Calypso is not football. You can sing when you are 100 years. Singing is not a sport, it's a talent and you can sing until…music takes nothing away from you".

1985 – Issues and Facts/Consider Me –Calypso King