Trouble for Dominica, if Maduro goes

Dominica and many Caribbean countries will be in serious economic trouble if the Venezuelan government, led by President Nicolas Maduro, leaves or is pushed out of office 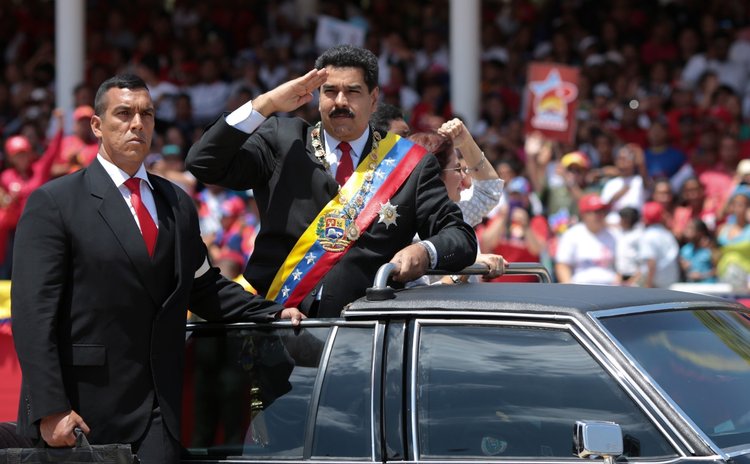 Nicolas Maduro, a former bus driver, was hand-picked by Hugo Chavez as his successor to continue Chavez's great Bolivarian socialist revolution. The charismatic Chavez promised Venezuelans the riches of his revolution, using the country's vast oil reserves to finance his social programmes.

Even before his death from cancer just under two years ago, Chavez's experiment was beginning to falter. Now, with rapidly falling oil prices and Maduro overseeing an economy in crisis, people are being forced to queue at pharmacies and supermarkets for basic necessities like baby formula, flour, milk and toilet paper.

It is ironic, therefore, many political and economic observers conclude, that Maduro is presiding over the demise of Chavez's vision, powerless to prevent the death of his dream.

With the US applying pressure on the Maduro regime, declaring Venezuela a threat to US national security, and with Maduro's approval rating at about 20 per cent, his opponents both within and outside Venezuela believe it's just a matter of time before the Chavez experiment is read its last rites.

"Within his own party, he is losing ground. There are people who feel he isn't handling this situation properly," one local foreign policy expert told The Sun. "The fact that the US says it is a security threat, I take that very seriously."

The Venezuelan president has responded to the crisis at home and to Washington's pressure with a mixture of denial and angry denunciations of international capitalism waging an economic war on his country. He follows the old Chavez script of accusing the US of seeking to overthrow his administration. And he has found support from Prime Minister Skerrit and other Caribbean countries who have depended on PetroCaribe to prop up their own economies, with Skerrit denouncing "any attempt to remove the constitutionally elected government" and calling on the US to respect the rule of law and "the supremacy" of Venezuela's constitution .

"Skerrit is positioning himself as the lead spokesperson for Venezuela and the US is looking at him. He needs to turn down his rhetoric," said the foreign policy expert, who spoke to The Sun on condition of anonymity because he did not wish to discuss this issue publicly. The opposition United Workers Party (UWP) has also called on Skerrit to keep quiet on this matter, claiming that the prime minister was compromising the country's public interest. However, the political scientist, Peter Wickham, has told The Sun that there was no reason to worry.

For many observers, the greatest concern for Dominica and other Caribbean countries that are part of ALBA, must be the economic fallout. In a recent interview with The Sun, the former University of the West Indies economics professor, McCarthy Marie, predicted that due to falling oil prices, Caracas could no longer afford to support some of the Dominica government's social programmes, like housing, to the extent that it has in the past.

"As the cost of oil goes down, Venezuela gets less money…I don't see how these programmes would progress," he said at the time. Now, a leading foreign policy expert with vast experience in international relations has told The Sun that if Maduro fails, Dominica and its ALBA partners will suffer.

"Venezuela would not be in a position anymore to support these countries. If it's a change of government – one must not rule out the military taking over - but any kind of regime change will mean that (the new) government will look within and in the immediate term they will put PetroCaribe on hold and would probably asked the PetroCaribe countries to pay up what they are not paying," he contends.

"Economically, it means that experiment (PetroCaribe) is going to collapse. And countries like Dominica they are building a debt that they cannot afford…they are going to face the Venezuelans demanding payment because they are running out of money," he added. "I can't say yet (that the Chavez/Maduro experiment is dying but) if the experiment does fail, there will be problems."

And, he suggests, like Maduro, Dominica stands powerless to prevent the demise of the dream.