"I'm not going to talk to him again" 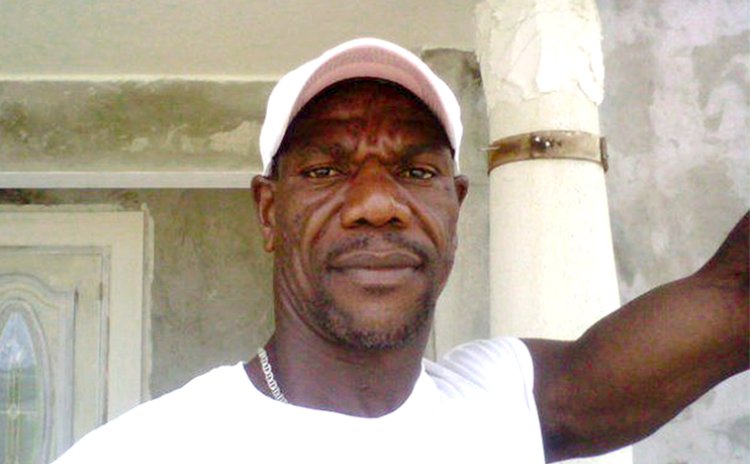 On the morning of Monday 17 October Winston Riviere thought of ringing his brother Edward "Eddie" Watson, but someone called Riviere, so he never made the call to his brother. He will never have another opportunity.

Sometime between 1:30 and 1:45 Monday afternoon someone murdered the 48-year-old Watson while he was working on the house of former England cricketer Roland Butcher in a normally quiet and peaceful area in Barbados, where Watson had lived for the past ten years.

Riviere, who owns a small construction business, Riviere Construction, in Barbados where he also lives, had last spoken to his half-brother two weeks earlier.

"I was planning on calling him on Monday morning but someone else called me so I didn't get to call again," Riviere, from Layou, told The Sun.

The two were as close as any brothers could ever be. Watson, a construction worker from Mahaut but who spent some time in Colihaut as well, had come to Barbados in search of employment. He worked there for a while with a private company before returning home briefly.

When he returned to Barbados it was with his brother, who by then had his construction firm and hired Watson.

"He had been working with me for five, six years," Riviere said. But then the recession hit, business had slowed down and Watson decided to fend for himself.

But the two were never far apart and whenever the opportunity arose, Riviere would call his brother so they could work together again.

"For the past couple of years we have grown so close to each other. If he don't hear me for a while, he would call me. Since we were not working together we did not see as often as before… He would come by me, check me, say 'bro, I haven't heard from you in a while', and I'm not going to hear this again, I'm not going to see him again. I'm not going to talk to him again."

People who knew Watson spoke highly of him, describing him as friendly, caring, hard-working and family-oriented.

"Eddie was a friendly kind of person with everybody. Eddie would meet you for the first time and he would have a conversation with him as though he knew you for 30 years," Riviere told The Sun.

It is for this reason everyone is shocked at his killing. Neighbours in the area where he was working said they had heard loud explosions, and his body was subsequently discovered slumped face down in the patio with gunshot wounds to the chest and leg.

Up to the time of writing, no one, including the police, had any clue who was behind the killing, or why.

Asked whether his brother was involved in drugs, gangs or anything unsavoury, Riviere was emphatic in his denial.

"Nothing so. Eddie and I were very, very close and never once did that kind of lifestyle pop up. He was always a person who was against this killing all over the place, he was always against the gang thing. These are the kinds of things we talked about."

Still, he did not think it was a case of mistaken identity. Maybe someone he knew had a beef with him, Riviere suggested.

"The place it happen, it is not a place where vehicles drive through there all the time. It's a very quiet neighbourhood. I feel whoever did this, Eddie knew the person. That's the way I feel right now."

Still shocked by the killing, Riviere is on an emotional roller coaster, sometimes searching for the words to describe how he felt.

"I don't even know if I can …," he said, never completing the thought. "Even talking to you is kind of emotional as well. How I feeling right now, I don't know. I feel angry, I feel upset, I feel frustrated. My brother has not hurt anybody and why would somebody want to do that to him?"

Media reports in Barbados said it was only last month that Watson gave his girlfriend of three years Joanna Astley, 28, an engagement ring. They had not yet set a wedding date but they had been talking about it.

Astley is shattered and has been unable to say much since. Watson's sister in Fort Lauderdale, Florida, Lauren Isles, told The Sun Astley would not eat or drink anything.

"She is always crying."

Watson's mother and sister in Dominica have been taking it hard as well. They too have been crying incessantly.

"My mum is crying, my sister is crying," Isles said in a telephone interview. "I still don't believe he is dead. I know it, but I'm in denial. It is hard on my mother. Eddie is the third child she has lost – the other two of natural causes. We still cannot comprehend it."

Watson left behind four children, including seven-month-old daughter, Keturah, his fiancée's only child.