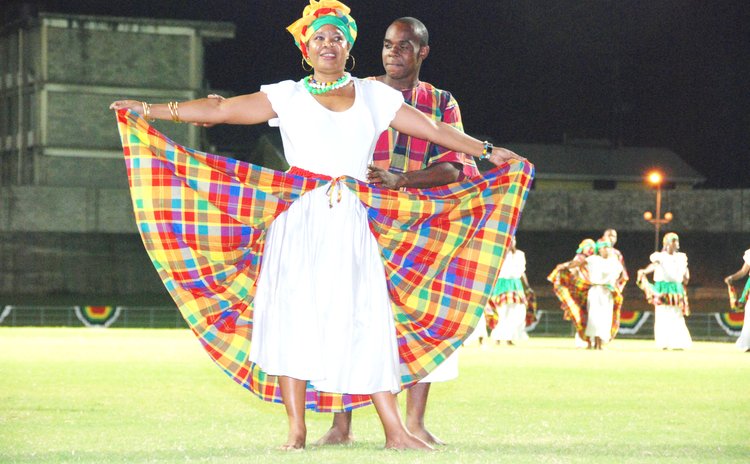 "Strengthening our Commitment to Nation Building": that's the theme for Dominica's seven-week, from 17th September to 4th November, observance of its 38th year of political independence from Britain but given the ordeal the nation experienced in 2015 that call for commitment to nation building in the theme not only needs strengthening but also we may require built-in flexibility, subtleness and resilience.

So, one can hardly argue when Justina Charles, the Minister for Youth, Sports, Culture and Constituency Empowerment called for more commitment to nation building from Dominicans at the media launch of the independence programme last week.

"As we celebrate nationhood we are called to reflect…where we were 38 years ago and the progress we made since our independence," she said.

She said now more than ever is the time where Dominicans should set aside their political, religious, or personal issues or differences, look at the bigger picture and place Dominica at the centre of their engagement.

Compared to the other islands of the Caribbean, Dominica has a rather unique way of celebrating its independence. It's nostalgic. There is the exuberant participation in song, dance, dress, music and a virtual immersion of everyone in the rich history and culture of the country. The observance of independence is really a celebration of culture, a ride in a time machine that takes modern Dominica back to slavery, to crown colony, to emancipation and to the lowering of Britain's Union Jack when the Governor became the President. It's also a long celebration, some say too long, that ends with the usual Community Day of Service on 4th November, the day after the official Independence Day on 3rd November.

The programme begins with Andepandans Wive (Creole for "Independence has Arrived") at the site of the Titiwi Festival in Layou. Of course, since this is Dominica the independence celebrations kicks off with a National Day of Prayer & Thanksgiving on Sunday 18th September.

In fact all of the usual elements of the usual programme for celebrating independence returns in 2016; after Tropical Storm Erika in August, the 2015 celebration was trimmed significantly including the World Creole Music Festival and Creole in the Park. Both programmes are back in 2016.

Meanwhile, at the press conference Catherine Daniel, the Minister of Social Services, Gender and Family Affairs urged citizens to be responsible during the independence celebrations (because "the country will be teaming with visitors") to stop littering and to "cast aside and denounce all forms of antisocial behaviours."

Daniel is also suggesting that people should sing the national anthem rather than listen to it being played.